Muslims rename mosque in honor of Mary, Mother of Jesus 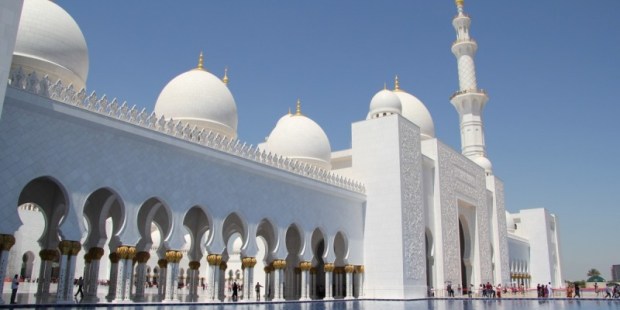 A mosque in Abu Dhabi, the United Arab Emirates (UAE) capital, has been renamed “Mary, Mother of Jesus.”

Some context, from my colleague at CNEWA, the Rev. Elias D. Mallon:

Our Lady plays an important role in Islam. She is the virgin mother of Jesus, although with no connotation of the Incarnation as understood by Christians. She is the one who hears God’s word and believes it. And in the Qur’an, she is the focus of Chapter 19.

When members of the early Muslim community fled to Abyssinia (ancient Ethiopia) to escape persecution, they were required by the king to explain their new faith. When he heard of the devotion they had to Mary, he immediately accepted them as protected refugees.

Two women play a major role in Islam. The first is Fatimah, the daughter of the Prophet Muhammad and wife of Ali bin Abi Talib. The second is Mary, Mother of Jesus. Known among Muslims as Fatimah al-Zahra, “the Illustrious,” the daughter of the Prophet is widely revered in Sunni and especially Shi’ite Islam. While it is common among Shi’ites to have mosques bearing the name of Fatimah, to my knowledge this mosque is Abu Dhabi is the first to be named after the Virgin Mary.

The Catholic Bishop Paul Hinder, head of the Apostolic Vicariate of Southern Arabia, whose office is only a few meters from the former Shaikh Mohammad Bin Zayed mosque is delighted about the new name Mariam, Umm Eisa (Mary, Jesus’ Mother) Mosque.

“As Joseph, her spouse, is the patron of the neighboring cathedral, we have now a corner of the Holy Family,” the bishop said. He Swiss bishop hails the wise decision of Shaikh Mohammad Bin Zayed as a sign of tolerance towards all those who venerate Mary, the mother of Jesus, in a particular way.

“She is in a prominent way present in the Bible as well as in the Quran, and constitutes an important bond between Christians and Muslims,” said Bishop Hinder, who is based in Abu Dhabi.

“She is ‘full of grace’, a sign of God’s special election of womanhood and His love for all humanity,” he added. “The bishop is convinced that such a strong sign given by His Highness the Crown Prince will contribute to peace and mutual understanding not only in our country, but in the whole region.”