Must read: Pope Francis offers a few thoughts on deacons and clericalism 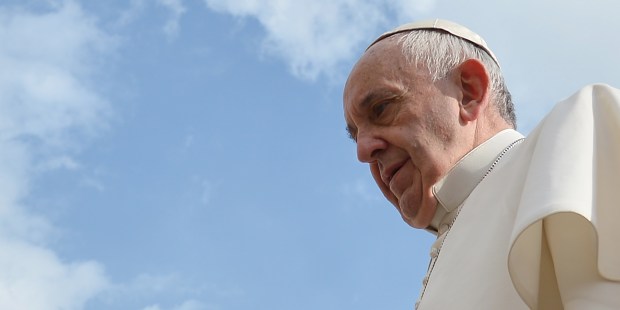 VINCENZO PINTO/AFP
Share
Print
Deacon Greg Kandra - published on 04/27/17
He has said this before, and he underscored it again today:

The Catholic Church needs laypeople with a missionary spirit, which means Catholics do not have to try to force members into a vocation that is the Holy Spirit’s to give, Pope Francis said.

The temptation to impose a vocation on laypeople as some kind of validation of their service in the church “worries me,” the pope said April 27 during a meeting with members of Catholic Action.

“What has happened many times in dioceses?” the pope asked. “A priest comes and says, ‘I have a phenomenal layman who does this, this and that; he is a good organizer. What if we make him a deacon?’ Stop! Don’t give him a vocation that is up to the Holy Spirit to give him. Do not clericalize!”

Catholic Action’s meeting with Pope Francis kicked off a three-day forum designed to reflect on the theme “Catholic Action in mission with all and for all.”