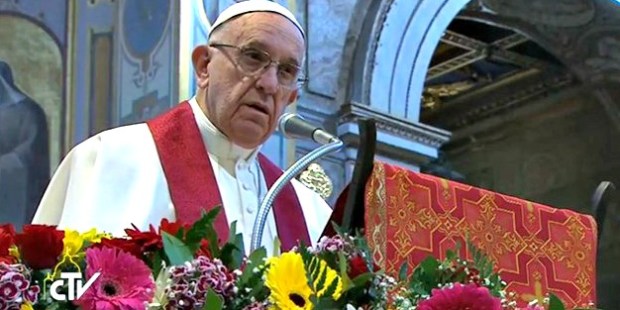 Pope Francis has drawn a rebuke from the American Jewish Committee after he likened European refugee centers to “concentration camps.”

The Pope was speaking to migrants at the Basilica of St. Bartholomew on Saturday about a man he met at a refugee camp on the Greek island of Lesbos last year.

The AJC issued a statement asking the pontiff to reconsider his “regrettable” choice of words.

“The conditions in which migrants are currently living in some European countries may well be difficult, and deserve still greater international attention, but concentration camps they certainly are not,” said AJC CEO David Harris.

“The Nazis and their allies erected and used concentration camps for slave labor and the extermination of millions of people during World War II,” he said.

“There is no comparison to the magnitude of that tragedy.”