Refugees, Death and Gratitude: The Story Behind “Now Thank We All Our God” 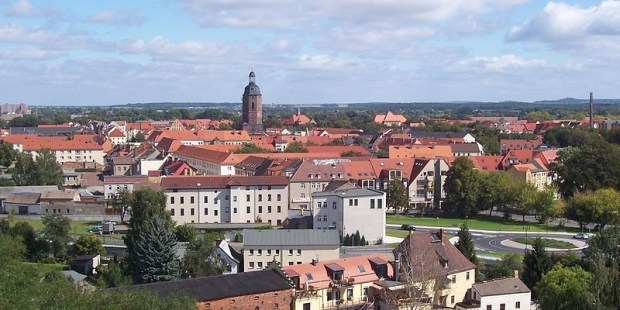 Share
Print
Deacon Greg Kandra - published on 11/26/15
I suspect most Catholics don’t know the name Martin Rinkart. But this Lutheran deacon left us a beautiful testament to faith and thanksgiving: the words to the hymn “Now Thank We All Our God.”

Some details about his life and times shed new light on this familiar hymn:

German pastor Martin Rinkart served in the walled town of Eilenburg during the horrors of the Thirty Years War of 1618-1648. Eilenburg became an overcrowded refuge for the surrounding area. The fugitives suffered from epidemic and famine. At the beginning of 1637, the year of the Great Pestilence, there were four ministers in Eilenburg. But one abandoned his post for healthier areas and could not be persuaded to return. Pastor Rinkhart officiated at the funerals of the other two.

As the only pastor left, he often conducted funeral services for as many as 40 to 50 persons a day–some 4,480 in all. In May of that year, his own wife died. By the end of the year, the refugees had to be buried in trenches without services.

In the face of overwhelming pressure, constant risk and horrendous conditions, Rinkart never stopped ministering to the people of his city. He gave away nearly everything he owned to the poor and needy, though he could barely clothe and feed his own children. He mortgaged his own future income to provide for his family and his community.

At one point toward the end of the war, the Swedish army surrounded the city and demanded an enormous ransom from the impoverished and starving citizens. Knowing his people didn’t have the money, Rinkart pleaded with the Swedes to lower the amount, only to be rejected.

It’s reported that Rinkart returned to the city, fell on his knees and said, “Come, my children, we can find no hearing, no mercy with men, let us take refuge with God.” He then began to pray so fervently that the Swedish general was moved to lower his price to less than five percent of the original sum.

After nearly thirty years of ceaseless struggles, it began to look like peace was within grasp. Wanting to give his children a song to sing to God in thanks at the dinner table, Rinkart sat down and composed what would become one of the most well known Thanksgiving hymns of all time — “Now Thank We All Our God.” In fact, it’s been said that aside from Martin Luther’s “A Mighty Fortress Is Our God,” no other song is sung more often in Lutheran churches today than Rinkart’s simple tune.

Yet, while living in a world dominated by death, Rinkart wrote this timeless prayer of thanksgiving for his children—a reminder to be grateful to God for all things, at all times:

Now thank we all our God With hearts and hands and voices;
Who wondrous things hath done, In whom this world rejoices.
Who, from our mother’s arms, Hath led us on our way,
With countless gifts of love, And still is ours today.