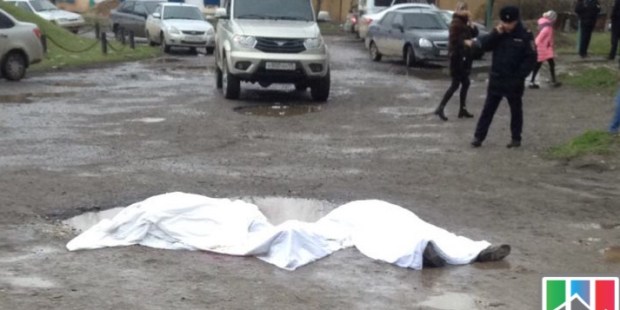 A man carrying a knife and a hunting rifle opened fire on worshipers on Sunday at an Orthodox church in Kizlyar, in the Dagestan region of Russia, killing at least five people and wounding several others, according to a Russian state news agency.

The gunman shouted, “Allahu akbar,” and began firing, a priest told local the news media. Churchgoers said they had prevented more casualties by closing the door to the church and stopping the attacker from getting inside.

The man was later shot and killed by security forces on duty at the time, reports said. The assailant was identified only as a 22-year-old man from the region, the Russian news agency Tass said, citing the investigative committee.

Some news media outlets said there had been more than one attacker, whom they identified as a husband-and-wife team. The woman ran away just before the shooting started and has been arrested, reports said. The local Interior Ministry, however, said the gunman had acted on his own, according to the Interfax news agency.

…Sunday is the last day before Orthodox Christian Lent and is celebrated as a holiday akin to Mardi Gras.

The Russian RBK daily quoted an Orthodox priestas saying the attacker had opened fire on churchgoers after an afternoon service. The priest, identified as Father Pavel, said: “We had finished the mass and were beginning to leave the church. A bearded man ran towards the church shouting ’Allahu akbar.’”

Tass said the man was later shot and killed.