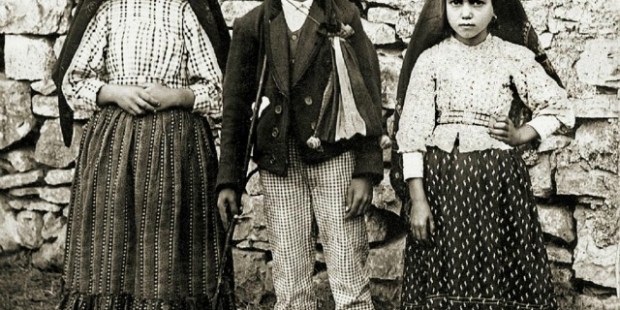 Share
Print
Deacon Greg Kandra - published on 02/14/17
The last of the children of that apparition to die (shown above on the left) may be moving a step closer to sainthood:

Just in time for the 100th Anniversary of Fatima, the diocesan phase of the canonization process for Sister Lucia, one of the three seers who saw and conversed with Our Lady of the Rosary at Fatima, came to an official close on Feb. 13.

The announcement came from the Shrine at Fatima in Portugal and the Diocese of Coimbra where her cause began on April 30, 2008.

The date also marked the 11th anniversary of Sister Lucia’s death. The first part of her canonization cause began in 2008, just three years after she died, thanks to the dispensation granted by Pope Emeritus Benedict XVI. (The Church normally requires a five-year waiting period before a cause can be opened.)

It was the same privilege given to the Pope of Fatima — St. John Paul II. Benedict waived the normal five-year waiting period for him also.

In the shrine’s official statement about this major step, Father Carlos Cabecinhas, the rector, said he had “great joy” with the news.