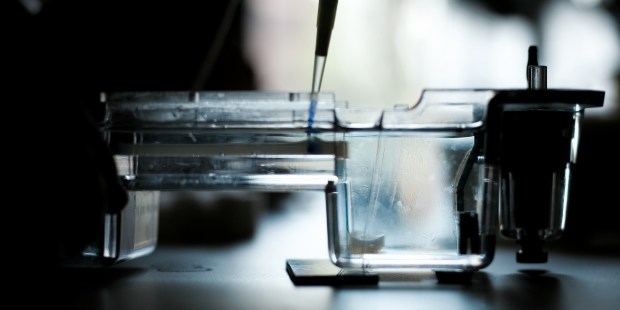 Inside what look like oversized ziplock bags strewn with tubes of blood and fluid, eight fetal lambs continued to develop — much like they would have inside their mothers. Over four weeks, their lungs and brains grew, they sprouted wool, opened their eyes, wriggled around, and learned to swallow, according to a new study that takes the first step toward an artificial womb. One day, this device could help to bring premature human babies to term outside the uterus — but right now, it has only been tested on sheep.

It’s appealing to imagine a world where artificial wombs grow babies, eliminating the health risk of pregnancy. But it’s important not to get ahead of the data, says Alan Flake, fetal surgeon at the Children’s Hospital of Philadelphia and lead author of today’s study. “It’s complete science fiction to think that you can take an embryo and get it through the early developmental process and put it on our machine without the mother being the critical element there,” he says.

Instead, the point of developing an external womb — which his team calls the Biobag — is to give infants born months too early a more natural, uterus-like environment to continue developing in, Flake says.