On Holy Thursday, resolve to serve others 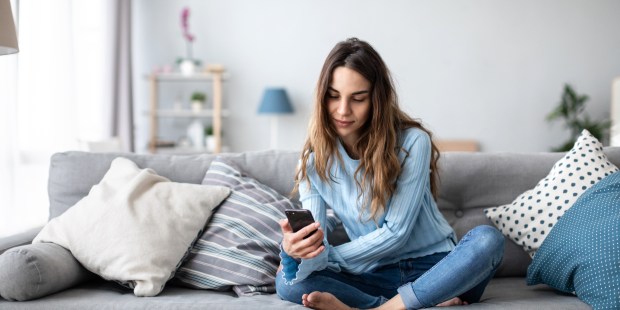 Jesus taught us what it means to love each other, and it all begins at home.

One of the events we commemorate on Holy Thursday is Jesus washing the feet of his 12 apostles. Unless we take time to explain this gesture of our Lord, it risks being misunderstood by our children. The washing of feet was a popular hospitality gesture in the land where people mostly walked barefoot or donned a simple pair of sandals. This task was usually accomplished by enslaved people or the lowest servants (the least of the least in society).

In abandoning his clothes to wash the feet of his friends, Jesus assumed the condition of the most humble servant. This gesture was much more than a punctual service; it manifests his role as the “ultimate” of servants. This is the whole meaning behind his Incarnation and his Passion – “Christ Jesus, who, being in the very nature God, did not consider equality with God something to be grasped; but rather he emptied himself, taking the form of a servant, being made in human likeness. And being found in human form, he humbled himself becoming obedient to death—even death on a cross” (Ph 2:6-8).

Learning how to serve our brothers and sisters

Jesus is actually asking us to become servants like Him. But offering service is not enough to become a servant. We can do this condescendingly, out of a “superior” sense of generosity and devotion. This will make the other person feel indebted to us, despite what it seems, because such service makes one master of those he or she serves. It’s a way of manifesting one’s power over them. It’s not what Jesus did. He became the last of the last, the poorest of the poor: the humiliation of washing feet preceded the humiliation of crucifixion. To become servants, you need to start with the actual, dull, inglorious everyday tasks. Providing service discretely and joyfully, without seeking anything in return, is to serve. At times it also means denying a service to let the others help themselves.

The reason why the Church attributes so much importance to the washing of the feet in the Holy Thursday service is not an accident. No words can shed better light than this gesture of Jesus and the comment He Himself made on the bond between the three great mysteries celebrated on this day – the Eucharist, the priesthood, and brotherly charity. Being a “practicing” Catholic means taking a part in the religious life of the Church – participating in the sacraments and serving our sisters and brothers. While joining in a Mass during the lockdown is not possible, serving others is still possible.

In the time of lockdown, we can still learn how to serve those who live with us — with a smile, a sense of humor, and polite attention.  We can also keep in touch (by phone or by e-mail) with those who are not with us: members of our family living elsewhere or our neighbors and most of all the elderly or the infirm who have no one.

Read more:
What the quarantine has revealed to me about the importance of family

Read more:
The Church’s story is service, not abuse