Obama and the Politics of “Equality” 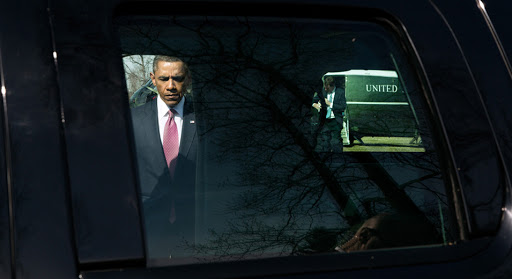 As all the world surely knows by now, “equality” is the ideological key to President Obama’s domestic policies. That all people are created equal, the president says, is the “most evident of truths.” Whether that’s so or not, it is unquestionably the case that you express any reservations whatsoever about equality these days at no little personal risk.

Be that as it may, the meaning of equality is hopelessly unclear in the absence of specifics. Clarification requires asking and answering a prior question: equal in regard to what – weight? height? intelligence? misery? This plainly can’t be what the president has in mind.

On the contrary, when Mr. Obama speaks of equality, he seems to be talking about giving things to particular individuals and groups who enjoy his favor and that of his administration; feminists and gays come immediately to mind as prime members of this privileged group. And so, we have administration policies like women in combat and same-sex marriage, where the inconvenient fact of significant differences is brushed aside while people who raise rational objections based on the public interest are branded as foes of equality and, very likely, bigots to boot.

In the examples cited, the species of equality involved goes by the name “gender equality.” Here, of course, certain distinctions must be made. Usually, they aren’t.

Women, homosexuals, and heterosexual men are indeed equal in regard to some things. But everything? High up on any serious list of evident truths is the truth of sexual complementarity, and its claims also must be heeded. Sorting out the competing requirements of equality and complementarity is a political task calling for the exercise of virtues like justice, solidarity and especially prudence. Unfortunately, this is something a one-dimensional ideological faith in equality can’t be bothered doing.

In modern times, painful public events have repeatedly shown that political ideology can be a very dangerous thing. Ideologues, whether they be Islamic fundamentalists or die-hard old Marxists, commonly nurture visions of some kind of paradise on earth and, if fanatical enough, they will do profoundly disturbing things in order to make their vision real. Barack Obama is no fanatic, but he is an ideologue of equality with a strongly secular slant and worrisome on that score.

The HHS Mandate is a case in point. This is the proposed regulation emanating from the Department of Health and Human Services in implementation of Obamacare that originally would have required (and indeed may do so yet) that a large number of church-affiliated institutions and programs provide their employees with insurance coverage for contraceptives, abortifacient drugs and sterilization.

Pardon a digression, but notice those words – contraceptives, abortifacient drugs and sterilization. The verbal sleight of hand often employed by defenders of the mandate involves speaking only of “contraception” while keeping mum about the abortifacients and the sterilizations. That’s part of the ongoing flacking for Obama that some journalists have been practicing for years.

In any event, HHS Secretary Kathleen Sebelius told a Harvard audience earlier this month that as of August 1, “every employee who doesn’t work directly for a church or a diocese will be included.” That remains to be seen. But as matters stand, and leaving aside technicalities, religious employers are to become cogs in a vast machine delivering universal coverage for contraception (and the rest) in the name of equality.

If this succeeds, don’t imagine for a minute that agitation won’t quickly begin to add abortion at any stage of pregnancy to the package. After all, the ideology of equality mandates it.