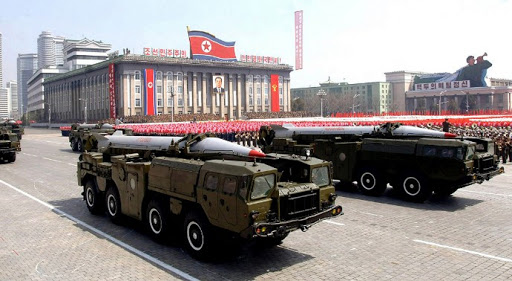 Despite UN sanctions intended to stop trade with Iran and North Korea, both countries continue to import and export illicitly. Today, the US called for greater enforcement of the sanctions to prevent the countries from obtaining more material for nuclear weapons. Reuters reports:
The United States said on Friday that Iran and North Korea were trying to obtain high-tech materials linked to their nuclear programs in violation of U.N. sanctions.
Iran was also sending weapons and ammunition to Syrian government forces despite a ban, said Thomas Countryman, Assistant Secretary for International Security and Nonproliferation.
"Both Iran and North Korea have developed channels that enable them to continue to export and continue to procure the items they need for their weapons industry," he told a news briefing in Geneva.
In comments to Reuters, he made clear he was referring to high-tech materials related to nuclear and other programs, including conventional weapons.
Iran and North Korea are under U.N. sanctions banning sales of nuclear, missile and related high-tech material to them as well as the export of any military material, Countryman said.
There was a determined international effort to enforce the U.N. sanctions and prevent such trade, he said.
Regarding Iran's alleged efforts, he said: "Certain Iranian procuring agents in high-tech places like China push very hard."