Gosnell Not Aberration, Pro-Lifers Say In Response To Guilty Verdicts 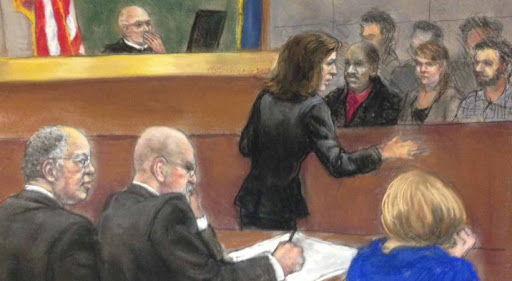 Philadelphia abortionist Kermit Gosnell on Monday was convicted on three of the four first degree murder charges for killing babies who had been born alive, involuntary manslaughter of a woman seeking an abortion, and an assortment of lesser crimes.

In response to the verdict, Pia de Solenni, a prolife ethicist and theologian, said Gosnell may be more typical than the public thinks: "They would like us to believe that Gosnell was an aberration, that there aren’t other abortion practitioners like him," she told Aleteia. "But medical and abortion providers and regulators enabled Gosnell. Had they truly had the health and well-being of women in mind, Gosnell would never have been able to commit so many atrocities, completely unchecked and unhindered."

Fr Shenan Boquet, president of
Human Life International, said that, with this trial, "the mask of abortion slipped, exposing many for the first time to the evil and gruesome injustice of abortion –  a crime that is too often covered in language of ‘choice’ and ‘reproductive health.’" He, too, argued that Gosnell’s crimes are common: "But the fact remains that the crimes of which Mr. Gosnell were found guilty are business as usual for the abortion industry, rather than an aberration."

Archbishop of Philadelphia Charles Chaput
reiterated that the killing of children, whether they are born or not, is wrong: “We need to stop cloaking the ugliness of abortion with misnomers like ‘proper medical coverage’ or ‘choice. It’s violence of the most intimate sort, and it needs to end.”

Pro-abortion groups also responded. The
NARAL Pro-Choice America president, Ilyse G. Hogue, said in
a statement released yesterday that the Gosnell case shows a need for wider abortion availability: "[U[ntil we reject the politicization of women’s medical care and leave these decisions where they belong — between a woman and her family and her doctor — women will never be safe. The horrifying story of Kermit Gosnell is a peek into the world before Roe v. Wade made legal a woman’s right to make her own choices." The NARAL statement concluded: "It is my sincere hope that the women in Gosnell’s clinic did not suffer in vain and that Pennsylvania, and every state, will step up and join us in making the protection of women’s ability to get, safe, high quality, and legal abortion care a top priority.”

Planned Parenthood, the largest abortion provider in the United States,
released similar statement: "The jury has punished Kermit Gosnell for his appalling crimes. This verdict will ensure that no woman is victimized by Kermit Gosnell ever again."

Neither statement acknowledges that Dr Kermit Gosnell was convicted not only manslaughter of a woman seeking an abortion, but also of 1st degree murder of three infants. Greater abortion access would not protect the lives of the children killed, except perhaps to ensure a greater liklihood that their murder would take place while they were located within their mother’s womb rather than outside of it.

Blogger and Representative in the Oklahoma House of Representatives Rebecca Hamilton
thinks there may be shift in pro-abortion rhetoric with these two statements. "It appears, based on these statements, that both these organizations have decided that Dr Gosnell is one ‘abortion provider’ they are not going to defend," she wrote. "This is a huge sea-change that pro life commenters seem to be overlooking. Always before, abortion advocates have stood by these docs, no matter what."

Several pro-life leaders called for prayers for Gosnell and asked that he not receive the death penalty. Human Life International Vice President for Missions Fr Peter West
said in a statement: “I also pray that after reflecting on his crimes Kermit Gosnell comes to understand the horror of what he has done, repents of his sins, and asks for and accepts the mercy of God.”

Catholic writer Ashley E. McGuire wrote in
an op-ed piece for the Washington Post that "clamoring for his death perpetuates a culture of death. Pro-lifers must stay focused on saving babies, not on killing their killers."

Last month, Princeton University professor and conservative commenator Robert P. George wrote a piece for the online edition of
First Things entitled "
A Plea for Mercy for Kermit Gosnell". In it, he asked that Gosnell not receive the death penalty: "Kermit Gosnell, like every human being, no matter how self-degraded, depraved, and sunk in wickedness, is our brother—a precious human being made in the very image and likeness of God. Our objective should not be his destruction, but the conversion of his heart."

The following Aleteia Experts contributed to this report:

Pia de Solenni is an expert on life issues, issues relating to women’s health, the new feminism, and culture. She is also the owner of Diotima Consulting.

William E. May, McGivney Professor of Moral Theology, is author of Catholic Bioethics and the Gift of Human Life