The Gay Marriage Hype: Let’s Not Lose our Heads! 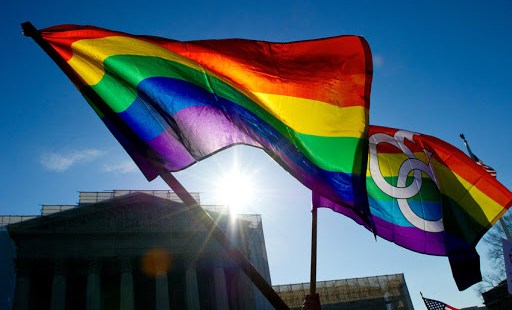 Truth is communicated in love

Gay marriage seems to be high up on the world’s agenda at the moment.

The US is poised for it after the Supreme Court ruled yesterday that the federal Defense of Marriage Act was unconstitutional under the 5th amendment. France has already made it law. The UK almost.

Meanwhile, the Parliamentary Assembly of the Council of Europe is putting forward a draft resolution in order “to strengthen prevention and repression of “discrimination” towards homosexuality in order to change mentalities, policies, and laws.” (see: The Gay Agenda Marches Forward in Europe).

Should the Church and her children be worried?
Yes, is the answer.
The situation is indeed a serious one. The secular mentality is creeping its way throughout Europe and the US, a mentality that by wholly embracing the material and shunning the transcendent, closes itself to life and to the Truth, descending into a confusion of relativistic inconsistencies.
It is possible that we are arriving at the brink of a massive persecution of the Catholic Church in the West, on the unfounded grounds of her not meeting “equal rights” policies. It has already become difficult for people to defend marriage in its true form; those who speak out are increasingly marginalised and ridiculed for doing so.
It is thus crucial now more than ever that the truth of the matter is communicated effectively. But let’s keep calm!
Responding with anger or aggression is not a solution. We must be firm in truth, but always rooted in an awareness of the infinite mercy of Christ.
Violence breeds violence, whether by words or by actions. Only in a state of charity (i.e. God’s love within us) can we bring people to a consciousness of the Truth, namely, God.
We as Christians have a responsibility to live in that truth and to share it with others. However when the topic at hand is so emotively charged and wounds run deep, it becomes a little harder to communicate this truth in an effective way. Guards are often raised before discussions even begin and anger on both sides fuels irrationality.
It’s certainly not enough to shout “One mother and one father for every child!” then respond to the question “Why?” with a haughty “because that’s the way God made us.”
God made every person in His image out of love, including people of homosexual orientation.
If we are to have a hope of bringing the truth of the matter to light for our brothers and sisters outside of the faith, then we must explain it by starting from the root of the matter. To be able to do this we must
educate ourselves.
It’s not enough to simply rely on an innate awareness that marriage is a sacred union between a man and a woman, without being able to explain it to anyone. Now is the time to turn to Mother Church; to turn to her teachings, which are founded in the Word of God, so she can guide us in leading others to the Truth. Then in both clarity and charity, we must proclaim it from the rooftops.
Here are a couple of points for starters:
First! The Church is not homophobic
The church is not discriminatory against persons who are homosexually oriented. The Catechism of the Catholic Church (CCC) teaches that people who have same-sex attraction "must be accepted with respect, compassion, and sensitivity. Every sign of unjust discrimination in their regard should be avoided." (
CCC 2358)
Nevertheless the Church teaches that "’homosexual acts are intrinsically disordered.’ They are contrary to the natural law. They close the sexual act to the gift of life." (
CCC 2357)
Does that mean that homosexuals are disordered people? No! Rather the
act of homosexuality is.