Between Jerusalem & Rome: Will Francis Have an Impact on Catholic-Jewish Relations? 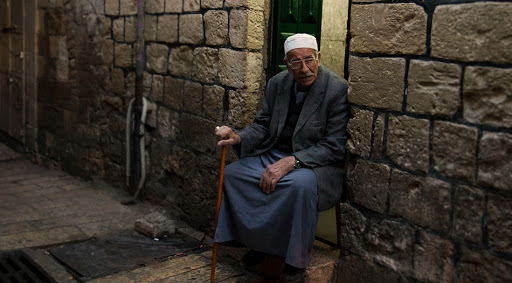 Interest in the new Pope among Jews seems to be tentative

In the political world, the first hundred days of a newly elected politician are a testing time. But in theological communities, there has usually been a longer span of grace. Not so in the age of global media: as the fanfare – indeed, the rapture – with which the election of Pope Francis has engulfed Catholics worldwide shows, theologians in the global media no longer enjoy any honeymoon period, and instead are examined under the microscope from their first days in office .

Even for non-Christians like Israeli Jews, the election of Pope Francis did not go unnoticed.  But while the papacy change was followed closely in official quarters in Israel, and by those engaged in interfaith dialogue, it would be wrong to exaggerate the interest, indeed the relevance of the change of guard at the Vatican for the Jew in the Israeli street.

Ironically, Francis’ election occurred fifty years after the release of Nostra Ætate, which absolved the Jewish people from any responsibility for deicide, or the death of Jesus.  Since then, Catholic and Jewish theologians and leaders have engaged in an interfaith dialogue, which culminated in the Holy See and the State of Israel establishing diplomatic relations in 1993.  The papacies of John Paul II and Benedict XVI were characterized by a good atmosphere, which, for example, came to fulfillment in their visits to the Holy Land – in the former case, becoming the culmination of the millennium festivities.

But it would be wrong to ignore the profound theological gaps which exist between the two faiths. While the Vatican today acknowledges the Jewish origins of Christianity, the doctrinal differences cannot be glossed over: by definition, Christianity sees itself as the successor  of Judaism, which Jews necessarily reject, who see Judaism today as the true faith no less than it was at the giving of the Decalogue on Mount Sinai thousands of years ago. And, doctrinally, orthodox Judaism – the dominant religious stream in Israel – is ill at ease over the Trinity, which it sees as not fully reconcilable with true monotheism – in contrast with Islam, for example, with which Jewish religious legalists feel more at ease. So what will the election of Francis bring about for Israel and the Jewish people?

In spite of the fundamental differences, an interfaith dialogue of sorts developed – which itself reflects the goodwill of both sides towards a new chapter in relations – on a range of issues like bioethics and environmental problems.

There are bilateral questions unresolved between the Holy See and the Israeli government, including technical issues such as taxation on church property in the Holy Land (where the Church of the Holy Sepulcher in Jerusalem, the Church of the Annunciation in Nazareth, and the Church of the Nativity in Bethlehem are situated). Another question concerns visas for Catholic and other Christian clergy, a question of importance given Israeli suspicions (sometimes justified) regarding clergy in the hostile Arab lands.

Ironically, as a conservative Catholic theologian, Francis – like his predecessor – finds certain comfort with the `People of the Bible’.  As Archbishop of Buenos Aires, then-Cardinal Jorge Mario Bergoglio had a history of close ties with the Jewish community.  He penned a book-length dialogue with Rabbi Abraham Skorka, who heads a rabbinical seminary in the city. He was the first public figure to call for the arrest of those behind the 1994 bombing of the Jewish community center in Buenos Aires, in which 85 died. Francis has accepted an invitation to visit the Holy Land.  So what else may be expected, given the changes of the Vatican-Israeli relationship of the last fifty years? Will the Jerusalem connection during his papacy be characterized more by change of style than of content?

One clue will surely come from Francis’ reaction in the event of any future cycle of Palestinian-Israeli violence.

Clearly, Francis’ warm, human, and modest character endears him to all, no less to Jews. With anti-Semitism a growing phenomenon on the Internet, Francis’s contribution will be important – even if, to be true, the main threat of anti-Semitism in the twenty-first century is less in the Christian world and more in Islamic countries.

One area, for example, where Francis’s mark might be felt concerns giving greater theological weight to the Vatican’s position on the West Bank or Judea and Samaria, captured in the 1967 Arab-Israeli war.  Judea and Samaria is situated in what in was the original Biblical Israel promised by God to Abraham’s seed.  Since 1977 and the election of the Begin government, Israel has moved decidedly to the right, away from the Labour Party’s position of `surrendering territory in return for peace’. Giving greater recognition of Jewish rights to biblical Israel would require opposing the Western political demand on an Israeli withdrawal from the West Bank, and the humane question of a Palestinian homeland. The Vatican also has an interest not to take steps which might endanger Christian communities in Arab lands; such a step would not necessarily contradict the Vatican interest to protect church property, which had been the historical basis of its call to `internationalize’ the property.  And, yet the theological case for a biblical Israel has been adopted by some evangelical churches, such as in the United States, in the belief that Jesus’s second coming is conditional on the Jews returning to the Holy Land. But would the very fact that this position is held by non-Catholic denominations be reason not to back it?

So what, Israeli Jews ask themselves, will be the red line between the Church and the theologian?

Professor Yoel Cohen is on the faculty of the School of Communication, Ariel University, Israel. His latest book is God, Jews & the Media: Religion and Israel’s media (Routledge).