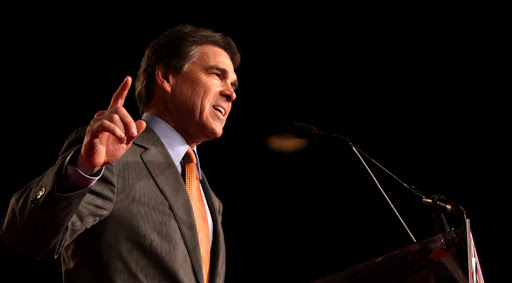 The Gosnell abortion trial was so graphically revealing of what abortion is and does, it made some pro-choice people re-think their beliefs. And others redouble their efforts to ensure it’s available on demand at all times, no matter what.

They came out in force last week in Texas over a proposed law to outlaw abortions after 20 weeks and make abortion clinics safer. That should make sense to anybody who’s reasonable. Which puts what happened around the statehouse in perspective.

It was a circus. First act.

An “anti-abortion” bill [terminology used by big media, hence the quotes] was defeated last night in Austin and President Obama tweeted that it was “something special.”

That, alone, calls for attention.

The eleven-hour filibuster circus, involved a cheerleading squad led by Planned Parenthood’s Cecile Richards, daughter of the late Texas governor Ann Richards, and the Twitter hashtag #StandwithWendy, which made an overnight celebrity of a Democratic legislator wearing pink sneakers (this was the most frequently mentioned fact).

Vice-president Joe Biden’s wife Dr. Jill Biden got into the act and tweeted this, strangely and sadly:

If this bill passes, women will have to hold monthly funerals for their periods, like when you flush a goldfish.

Seriously? Our president and the wife of the vice-president are tweeting these things about this legislation, that seeks only to stop Gosnell-like late term abortions and regulate clinics for women’s safety? Really?

This is the seriousness with which we take debates about late-term abortion in America?

So a bill trying to protect unborn children after 20 weeks has been defeated, and we’re celebrating a victory for “women” and “health” and “freedom”? When do we get tired of this?

We already have. It’s happened. Women Speak For Themselves don’t ‘stand with Wendy.’ In fact, because the abortion industry has made Sandra Fluke and now Wendy Davis the faces and voices of their strong-arm campaign to demand the indefensible and distract an already complicit media away from the real point of their arguments, more and more women    in groups and individually are speaking out for the other ‘choice,’ the one the alleged ‘choice’ movement won’t tolerate. Or at least for laws and social policies that stand for women’s health.

What does ‘standing with Wendy’ mean?

Had you listened solely to Davis’s bevy of supporters, you would presumably not have known what it was that she had taken to the floor to protest. In the course of their hysteria, the usual suspects rolled out the usual rhetoric, focused on irrelevancies…

The fatuous charge that opponents of abortion use the issue as a way of “controlling women” was quite popular. But dress it up as they might, the truth remained ghastly: What Wendy and her team of protesters were trying to do was block a bill that would have made it illegal to deliberately kill an unborn child after 20 weeks of pregnancy. And that is a disgrace.

The New Yorker’s Amy Davidson wrote that, during the filibuster, Davis explained “how a pregnancy unfolded — all points on which, she noted, her male colleagues seemed vague.” Perhaps Davis is right that many of her fellow human beings know embarrassingly little about how they grew. I’d venture, though, that this is to her advantage: It is precisely the knowledge of how babies develop that informs my revulsion at their execution.

Follow this through. The whole fiasco in Texas was over whether or not it should remain legal to kill babies in the womb after 20 weeks. What, exactly, does that mean, beyond a ‘choice’?

We might recap: By the time that a baby has been in utero for one month, blood is pumping around the body. In the second month, facial features develop, including the growth of ears, eyes, arms, legs, toes, and fingers. At six weeks, the baby’s brain, spinal cord, and central nervous system are all pretty well formed — in outline at least. By the two-month mark, sensory organs begin to develop and bone replaces cartilage.

Three months in, arms, hands, fingers, feet, and toes are fully formed, and the baby can grab with its fists as well as open and close its mouth. Teeth are on their way, as are reproductive organs. In month four, the baby is fully formed, and eyelids, eyebrows, eyelashes, nails, and hair develop. At this point, a baby can suck his thumb, yawn, hiccup, stretch, and make faces. At 18 weeks, the baby can move around, and experience REM sleep, including dreams. At 20 weeks, some studies show, it can recognize its mother’s voice.

And when I say kill, I mean kill. I mean break bones, rip apart limbs, crush skulls, drain fluids, still a beating heart, annihilate a brain that is capable of dreaming, and crush a nervous system. I mean: Kill. As David Freddoso put it yesterday, “Wendy Davis can now say, When the moment came to stand up for smashing the life out of a baby 6 mos into pregnancy, I was up to the task.” This is not an accomplishment of which she should be proud.

Former Clinton administration staffer Kirsten Powers agrees. In a Fox News discussion on this story, Powers said “I think it’s sick.” In her Daily Beast column, she declared “I Don’t Stand With Wendy Davis.” Nor, she says, would most women.

It’s amazing what is considered heroism these days.

A Texas legislator and her pink sneakers have been lionized for an eleventh-hour filibuster against a bill that would have made it illegal for mothers to abort babies past 20 weeks of pregnancy, except in the case of severe fetal abnormalities or to protect the life or health of the mother.

And that ‘health of the mother’ loophole includes anything, stress or depression or change of mind or anything in a highly elasticized category under the ‘health’ label.

But the fight is not over. The bill will be reintroduced, and supporters of the ban are optimistic it will pass. For now, Wendy Davis has achieved the dubious victory of maintaining a very dark status quo. Texas women will still be able to abort a healthy baby up to the 26th week of pregnancy for any reason, as the current law allows.

This is a call for clarity, and it’s about time. We’ve had too few bold voices saying these things in big media, or voices getting access to media to say it. Now, ‘gatekeeper’ media don’t matter as much and they certainly can’t mind the gate. It’s unhinged.

If the majority of Americans oppose elective late-term abortion, why do we have Davis complaining to CBS’s Bob Schieffer that the male politicians who are championing the late-term abortion ban are “bullying women”? Maybe it’s she who is bullying the rest of us into supporting a view that is mocked by scientific advancement; namely 3-D sonograms. Maybe we should be thankful for the men and wonder what is wrong with the women who think protecting the right to abort your baby for any reason up to the 26th week is a “human right.”

Human-rights movements have traditionally existed to help the voiceless and those without agency gain progressively more rights. Yet in the case of abortion, the voiceless have progressively lost rights at the hands of people who claim to be human-rights crusaders. Abortion-rights leaders have turned the world upside down. They want us to believe that a grown woman is voiceless, that she has less agency than the infant in her womb who relies on her for life. A woman has so little agency, we are told, that she is incapable of getting an abortion before the fifth month of her pregnancy. To suggest she should do so is a “war on women.” It’s an insult to women dressed up as “women’s rights.”

There it is. Exposed.

Which is probably why there’s such desperation in the pro-abortion movement. And that’s getting chilling. The abortion movement is huge, powerful, very well funded and backed by some of the most powerful people in the country. But they’re now on the defensive.

Because the truth of the abortion logic is out, in so many glaring ways.