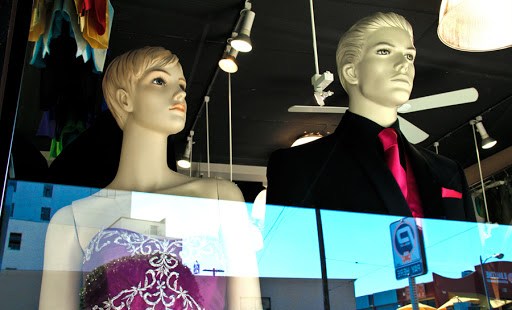 New social circumstances in the West lead to more couples putting off families. What exactly are the repercussions of this social phenomena?

One of the social circumstances in the West that is relatively new is that many couples are putting off having a family. Whereas the generation that went before us (I’m 28 years old) would start a family in their early twenties, nowadays the norm seems to be to wait until around 30 years old. (The average age of a first time mum in New Zealand is 28).  Anecdotally too this seems to be true – we were surprised about the ages of those in the various antenatal classes that we know – you are in the minority if you are below 30!

Delaying the start of a family has many repercussions – not least of which is the ability to conceive natural. (Is it any wonder that IVF is such big business when people do not start trying to conceive until after their optimal child bearing years are over? And only after years upon years of the potential mother using the pill?) Assuming that a child is conceived, naturally or through IVF, starting a family later means of course, that you will be much older at each stage of your child’s life. For example, fathers may be trying to keep up with their sons while playing outside into their 50s. Mothers may have to give up the dream of seeing grandchildren (especially if her children delay having kids).  But at all stages, older parents have less youthful energy than if they had children earlier. (I struggle with a ten month old and I still think I’m young…please validate me, 28 is still young right? Right???)

This delaying of parenthood is becoming such a phenomenon, particularly in the aftermath of GFC, that it is starting to come to the attention of the MSM. Even Today.com has written an article about it:

“Hobbled by student loan debt, frustrated by careers that have been stymied by a weak job market — and frightened by watching their own parents suffer financial setbacks — many say they feel like they are getting off to a slow start. Even as the economy improves, that’s left some Millennials wondering if they’ll ever feel financially comfortable enough to have kids of their own…

The drop comes amid a longer term trend toward women having their children later in life. The average age for a woman having her first child was 25.6 years old in 2011, up from 21.4 years old in 1970, according to the CDC.”

The combined effect of the twenties being taken up with tertiary education (mostly a good thing – depending on the degree) and fears brought about by the recession (a bad thing) has left more American couples putting off having children.  This is common after a time of economic uncertainty, but some are now comparing the current trends with the effects of the Great Depression of the 1930s:

“It’s not uncommon for women to put off having children when a recession hits, and in the past experts say that women have usually made up for that drop when the economy improved.

‘The only time that, historically in the United States, we’ve seen that the economy actually reduced childbearing in a way that catch-up didn’t occur was in the Great Depression,” said Laura Lindberg, a senior research associate with the Guttmacher Institute. “And even then, you had the Baby Boom following it.’

Daniel Schneider, a health policy research scholar at the University of California at Berkeley, said his research has shown that much of the recent drop in birth rates has been among younger women who haven’t yet had their first child. Past research has shown that women who delay their first birth, as opposed to later births, tend to end up having as many kids as they might have otherwise.

But he cautions that there’s no guarantee that will happen this time. Schneider notes that many people appear to have put off having kids not because of their own job loss or other setback, but because of the fear and uncertainty about whether they could be the next to get a pink slip or eviction notice.”

It is very sad that economic factors are delaying people from having children – it is, after all, the greatest joy you can have in this life and it is a joy that no amount of financial security can buy. If the delay turns into never being able to have children, then that is a tragedy. Especially when the generation living in the West today is the richest generation in history. We have so much material wealth! Compared to everyone who came before us, we have undreamed of riches. For example, we in the West are suffering from an obesity epidemic! We are not starving. Yet those in the past, even if immensely poorer than us, still managed to have families – indeed larger families than we tend to have. So there is clearly something that has changed in regards to our expectations.

On the other hand, I do feel for people who honestly feel that they cannot afford to have children. Today, it seems to be increasingly necessary for both parents to have work – and thus the ability for a Mum (or Dad) to stay home with the children is gone. This is compounded by the fact that increasingly grandparents are also working and therefore childcare has to be taken on by businesses which costs the parents a lot of money.  Although we are lucky enough to have a child I can certainly see how the financial worries and constraints apply to make couples think twice before starting a family. I do not know how to get around this dilemma, but sometimes it seems as if we in the West nowadays collectively are materially rich but yet still so poor. We have so much knowledge and technical knowhow at our fingertips but no wisdom.