Catholics of Detroit Provide ‘Voice of Hope’ in Tough Times 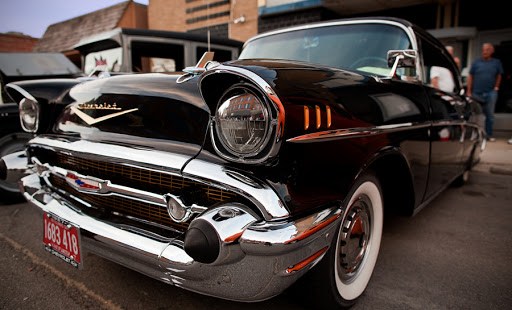 In the wake of Detroit’s decision to file for bankruptcy, Catholics in the city are using a variety of venues to provide essential services to neighbors in need.

In the wake of Detroit’s decision to file for bankruptcy, Catholics in the city are using a variety of venues to provide essential services to neighbors in need.

“The reality here in Detroit is that we have been dealing with a down time in the economy for several years now,” explained John Kohn, director of public relations for the Archdiocese of Detroit.

But in the midst of ongoing struggle, he told CNA, “one important thing that the Church in Detroit can be is a voice of hope and that reminder that Christ is with us in the hard times.”

Both Detroit’s population and manufacturing industry have been in steady decline for several decades, and the city has been experiencing profound economic troubles in recent years. In March, Governor Rick Snyder declared a financial emergency in Detroit, and on July 18, city emergency manager Kevyn Orr announced that the city would be filing bankruptcy.

The bankruptcy, if approved by a judge, would be the largest municipal bankruptcy in United States history. Orr estimated Detroit’s long-term debt to be paid on loans, pensions, and health care for former employees to be $20 billion.

The sweeping economic crisis within the city has had an immense effect on people living in the Detroit area. In four decades, what was once the fourth-largest city in the nation has shrunk from a population of nearly 2 million people to barely 700,000.

Reports from “Data Driven Detroit” state that three out of every five children in the city live in poverty, and state unemployment reports charge that nearly one in five adults are unemployed – a rate that more than doubles the national average.

The financial troubles striking the city have also had an impact on the Archdiocese of Detroit, which is the sixth largest diocese in the United States.

Archbishop Allen H. Vigneron explained in 2009 to the archdiocese that “financial realities of our current circumstances are sobering.” In recent years, the archdiocese has faced small vocations classes, Catholic school closings and parish mergers as a result of the financial situation in the city.

In addition, due to the dramatic decrease in the city’s population, a smaller number of people in the parishes are trying to “provide the same kinds of social service and outreach” that they always have, Kohn said.

The good news, he continued, “is that there are very generous people” and “there are good people doing a lot of really good things” in the city. In addition, the bishops “have taken a number of steps to ensure that Church services are there for people in need.”

The archdiocese is part of the Religious Leaders Forum, an interfaith outreach group that works to promote literacy among citizens of Detroit and supports warming campaigns to help those who are without heating in the cold Michigan winters.

The new organization is beginning to work “with city officials, community leaders, social service groups, and all the good people of Detroit” in identifying needs and preparing “solutions guided by the social teaching of the Catholic Church,” said Jason Shanks, CEO of Catholic Charities of Southeastern Michigan.

He told CNA that decision makers should be “mindful of those in need, especially the poor and vulnerable, throughout the city.”

Individual Catholic parishes, religious orders and societies provide invaluable assistance to those in need in Detroit and surrounding areas as well.

On the east side of the city, Capuchin Soup Kitchen feeds tens of thousands of people per year and offers clothing to those in need, hosts an urban farm and provides services to those recovering from substance abuse.

In the southwest, the Cabrini Clinic, one of the oldest free medical clinics in the country, offers “education, prevention and treatment without charge.”

The St. Vincent de Paul Society assists 30,000 households each year by providing food, clothing and emergency assistance, while St. Leo’s Soup Kitchen, health clinics run by the Knights of Malta, and a variety of other parish initiatives help people find work, housing, and other services.

As Catholics work across Detroit to help their neighbors in need, the archdiocese itself is moving its chancery and offices from various sites across the diocese, to a centralized location in the heart of the city.

“This move will bring us figuratively and literally closer together,” Archbishop Vigneron said in an April 30 press release on the topic.

“In making this move, we are giving a good example,” he explained, saying that this option was more affordable than maintaining four buildings and keeps the archdiocese offices close to those most in need.

“Together, we refocus on our mission – Sharing Christ in and through the Church,” the archbishop said.