Nashville Dominicans ‘Coming to Save the Day’ for Catholic Education 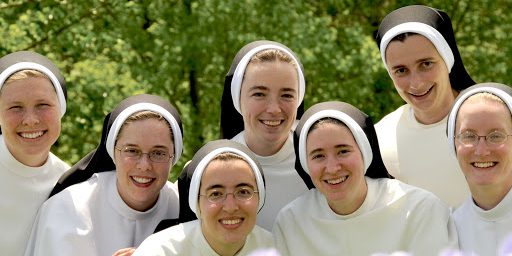 Recent growth in the Nashville order of Dominican sisters is a good sign for the future of Catholic education.

Recent growth in the Nashville order of Dominican sisters is a good sign for the future of Catholic education.

While so many orders of nuns seem to be dwindling into nonexistence, 28 young women entered the Dominican Sisters of St. Cecilia, the order that owns and administers Aquinas College in Nashville, Tenn., according to the Diocese of Nashville. Earlier in the summer, 11 Sisters professed perpetual vows.

The Sisters are a lesson in counterculture. While so many call for change and for the Church to become more like the world, Catholics are told that if the Church doesn’t “modernize” it will cease to exist. But the faithful Nashville Dominicans wear a traditional habit and are one of the fastest growing religious communities in the country.

According to the Diocese of Nashville, the Sisters are active in schools in 19 U.S. dioceses and archdioceses, as well as Vancouver, British Columbia and Sydney, Australia. A few of the schools have been recognized as among the best in the nation by The Cardinal Newman Society’s Catholic High School Honor Roll. And the Sisters’ Aquinas College is recommended for its strong Catholic identity in The Newman Guide.

Just this week, Bishop Hugh Gilbert of Aberdeen, Scotland, welcomed the Nashville Dominicans to his diocese.

Bishop Gilbert in his homily compared the Sisters to the cavalry coming to save the day: “I’m old enough to remember Westerns. And here we are, wagons drawn close, feeling our last days have come and our scalps about to be removed, when – lo and behold – the U.S. 7th Cavalry appears over the hill,” he said, according to the diocesan website. “Here they are, armed not with carbines but rosaries. And we can breathe again.”