Overcoming the Abuse of Power and Religion in Egypt 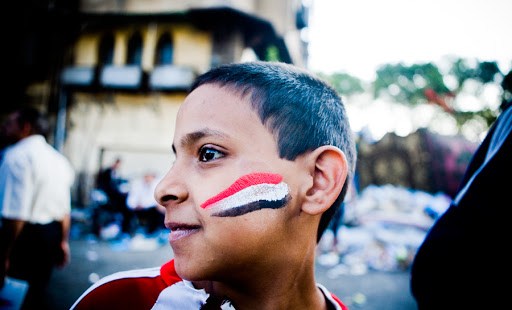 Patriarch Sedak, head of the Coptic-Catholic Church in Egypt, explains the abuse of power and religion which has brought Egypt to the brink of civil war.

The abuse of power and religion has brought Egypt to the brink of civil war. This was the message Coptic-Catholic Patriarch, Ibrahim Isaac Sedrak conveyed in a meeting with international Catholic pastoral charity Aid to the Church in Need (ACN).

Patriarch Sedrak, who has been the head of the Coptic-Catholic Church in Egypt since the middle of January, said, "The revolution has had two phases: President Hosni Mubarak had to step down in 2011 because he had abused his power. Then President Mohamed Morsi was democratically elected to office.”

“But contrary to what he had promised he failed to represent the interests of the Egyptian people, and instead he represented those of the Muslim Brothers. Religion was misused for political purposes.”

“Since that is precisely what the Egyptians did not want, however, President Morsi's deposition was welcomed by the majority of the people."

According to Patriarch Sedrak, the political instability of the past few months has further exacerbated the difficult economic and social situation in Egypt. "This boosts the extremist forces, especially in the south of the country," the Patriarch explained.

During the unrest that followed President Morsi's deposition, Islamist groups had singled out churches and church institutions for attacks and more than 80 buildings had been destroyed.

"This was an attack on Egypt. We didn't retaliate, otherwise there could have been a civil war," stressed the head of the Coptic-Catholic Church, which is in communion with the Roman Catholic Church and has around two hundred thousand adherents.

The Coptic-Catholic Church maintains numerous social and charitable institutions throughout Egypt, including 170 schools which are open to all Egyptians regardless of their religious affiliation.

About 90% of Egyptians adhere to Sunni Islam, while some 10% are Christians and of those close to 90% belong to the Coptic-Orthodox Church.

Originally published by Aid to the Church in Need on 17 October 2013.