The 13 Most Important Quotes from Archbishop Müller’s Defense of the Church’s Teachings On Divorce, Remarriage, and the Eucharist 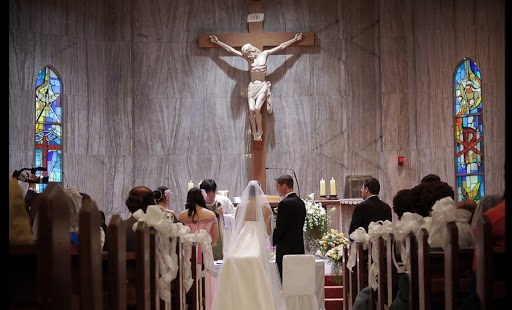 The prefect of the Congregation for the Doctrine of Faith draws from the teachings of Jesus, the Church Fathers, ecumenical councils, and recent popes.

The semi-official newspaper of the Holy See L’Osservatore Romano published an article today by Archbishop Müller, prefect of the Congregation for the Doctrine of Faith, reaffirming the Church’s teaching that divorced and remarried Catholics cannot receive communion.

“The problem concerning members of the faithful who have entered into a new civil union after a divorce is not new,” Müller begins the article, entitled "The Power of Grace." “The Church has always taken this question very seriously and with a view to helping the people who find themselves in this situation.”

He acknowledges, though, that the Church’s long-time stance on the matter has come under question recently. “Today even firm believers are seriously wondering: can the Church not admit the divorced and remarried to the sacraments under certain conditions? Are her hands permanently tied on this matter? Have theologians really explored all the implications and consequences?”

Here are the thirteen most important quotes from his defense of the Church’s position that divorced and remarried Catholic cannot be admitted to communion without receiving the Sacrament of Reconciliation and agreeing to at least live in continence with their new partner:

1) What are the sources to consider for answering this question? They are Scripture and Tradition as interpreted by the Magisterium.

“These questions must be explored in a manner that is consistent with Catholic doctrine on marriage. A responsible pastoral approach presupposes a theology that offers “the full submission of intellect and will to God who reveals, freely assenting to the truth revealed by him” (Dei Verbum 5). In order to make the Church’s authentic doctrine intelligible, we must begin with the word of God that is found in sacred Scripture, expounded in the Church’s Tradition and interpreted by the Magisterium in a binding way.”

2) In Scripture, Jesus teaches that marriage is indissoluble, pointing to God’s original plan in creation.

“[Jesus] distanced himself explicitly from the Old Testament practice of divorce, which Moses had permitted because men were “so hard of heart”, and he pointed to God’s original will: “from the beginning of creation, God made them male and female. For this reason a man shall leave his father and mother and … the two shall become one flesh. What therefore God has joined together let not man put asunder” (Mk 10:5-9; cf. Mt 19:4-9; Lk 16:18). The Catholic Church has always based its doctrine and practice upon these sayings of Jesus concerning the indissolubility of marriage. The inner bond that joins the spouses to one another was forged by God himself. It designates a reality that comes from God and is therefore no longer at man’s disposal.”

3) The early Church fathers understood Jesus’ teaching on the indissolubility of marriage as binding and rejected divorce laws.

“The Church Fathers and Councils provide important testimony regarding the way the Church’s position evolved. For the Fathers, the biblical precepts on the subject are binding. They reject the State’s divorce laws as incompatible with the teaching of Jesus. The Church of the Fathers rejected divorce and remarriage, and did so out of obedience to the Gospel. On this question, the Fathers’ testimony is unanimous.”

4) The Catholic Church has always defended the Scriptural and Traditional teaching that divorce and remarriage is impossible. The teaching was upheld at both the Council of Trent and the Second Vatican Council.

“In the West, the Gregorian reform countered these liberalizing tendencies and gave fresh impetus to the original understanding of Scripture and the Fathers. The Catholic Church defended the absolute indissolubility of marriage even at the cost of great sacrifice and suffering. The schism of a “Church of England” detached from the Successor of Peter came about not because of doctrinal differences, but because the Pope, out of obedience to the sayings of Jesus, could not accommodate the demands of King Henry VIII for the dissolution of his marriage. The Council of Trent confirmed the doctrine of the indissolubility of sacramental marriage and explained that this corresponded to the teaching of the Gospel (cf. DH 1807). […]

"The Second Vatican Council, in the Pastoral Constitution Gaudium et Spes on “The Church in the Modern World”, presents a theologically and spiritually profound doctrine of marriage. It upholds the indissolubility of marriage clearly and distinctly.”