The Gift Of One Book 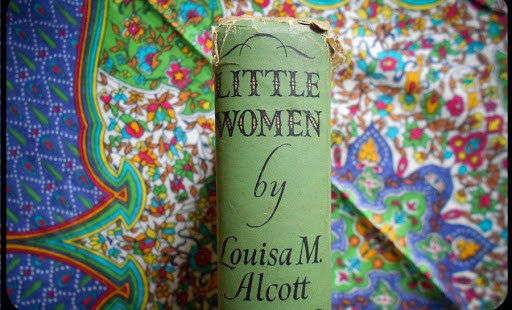 This is the gift of literature as an art: it has the potential to speak to our deepest human emotions, longings, fears, and dreams.

“Every reader finds himself. The writer’s work is merely a kind of optical instrument that makes it possible for the reader to discern what, without this book, he would perhaps never have seen in himself.” – Marcel Proust

The book was small, hard-covered, with a broken binding. My grandmother held it carefully as she told me the book had belonged to my mother when she was my age. She had discovered it when she was cleaning out “the little house” – a small cottage on the back of their property filled to the brim with heirlooms spanning generations – and she thought I might like to have it.

The book was Little Women, by Louisa May Alcott. I had no idea then what the story was about. But the fact that it had belonged to my mother and that it was something she and I could share was exciting.  And this bequeathal initiated me into a sort of curatorial community as far as the family was concerned, for I was being given an artifact, a treasure, from the mysteriously off-limits “little house” which meant it had to be worth something. My 10-year-old mind couldn’t possibly know in that moment what a treasure that book would in fact become, but I felt as though I had been given something truly special.

It wasn’t an old book, but it had been well read. The mellowed cover had a color picture of a young woman, reclining on a candy-striped sofa with books strewn around the floor at her feet, thoroughly absorbed in reading the book she held in her hands. The sofa looked to be located in a sort of attic playroom, with the back of the book’s cover depicting old trunks, bookcases and an oil lamp surrounding a window laced with a flowering vine. It looked like a lovely place to wile away the day. The cover alone captivated my imagination and to this day I often look to a book’s cover as one way of determining whether I will or will not delve into the pages enclosed therein. The pages were brittle and brown all along the edges, which gave them a warm inviting glow. These might be off-putting to some readers, however, due to the musty breath they exuded when they were riffled, an aroma carefully cultivated over the course of many years by the damp beach air and the close proximity of older and wiser heirlooms. But to me those pages smelled glorious, unlike anything I’d ever experienced. A scent I would say now was a blend of heavy dust, smoked old cedar and mothballs and which I will forever associate with a certain kind of comfort and rest that comes from the pleasure of reading.

Little Women was the first novel I ever remember loving like it was a living thing. I read it over and over and over again and this lingering dwelling within its pages brought with it not only the gift of many life lessons, but friendships I’ve continued to carry with me. The story of the four March girls – Margaret (Meg), Josephine (Jo), Beth and Amy – struggling at home alone with their mother while their father was away fighting in the Civil War taught me there are various wars and battles that need fighting in every facet of a life. Spending time with the Marches, I learned a lot about anger and jealousy, sickness and love, poverty, worldly riches, and the unexpected joyful wealth of a rightly ordered soul. Their stories made me cry, but they also made me feel safe and helped me to make sense of the loss and joy and pain of life in its many stages. The girls and their Marmee taught me about forgiveness, self-sacrifice, and detachment from the vanities of the world.  Whenever I was sick or felt alone, I opened the pages of that novel and lost myself in its world. The book became a boon companion, never far from me, no matter where I moved. It is here next to me even now as I write this, days and years away from the moment my grandmother entrusted it to my care.