In Mexico, a Priest Who Has Received Death Threats Celebrates Mass with a Bulletproof Vest 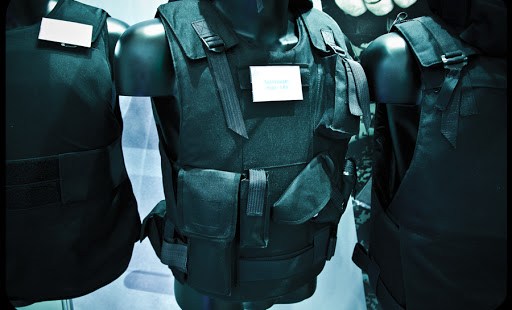 He knows full well that his repudiation of the mob violence may lead to his death.

The Mexican federal government has entered into more than 20 municipalities in the state of Michoacan, and, so far, the situation has appeared to be kept under control by the army. Nevertheless, self-defense groups have patrolling nearby cities like Apatzingán, where the so-called "Knights Templar" have threatened even to set fire to the cathedral.

The Vicar General of the Diocese of Apatzingán, the Rev. Javier Cortés, has asked the federal government, the army, the navy, and the federal police to "act fast, yet with much tact and prudence, for the good of the civic community,” affirming the existence of a threat on the part of the Templars to burn the cathedral.

"Crime assaults and attempts to exacerbate an atmosphere of fear among the population, so prompt and effective intervention by law enforcement is required," said Fr. Cortés with respect to the strategy designed by the federal government, which involves taking control of the region of Tierra Caliente (where Apatzingán is located), disarming the self-defense militia groups in the community, and pursuing the “Knights Templar,” a band of drug dealers, extortionists, kidnappers, and assassins who have exerted control over Tierra Caliente for many years without the intervention of state and federal governments – until now.

According to Fr. Cortés, the sense of the local church "is that there is a great void – a very large hole, indeed – left by the absence of a proper law enforcement presence, which has neither fulfilled its duty of preserving the safety of the people, nor come face to face with this situation." Fr. Cortés said that the faithful nevertheless flock to churches with fervor, leaving their homes with great caution – all this because we are aware of the power of prayer. It is a great power, and people need it, so we have seen increased attendance at liturgical celebrations."