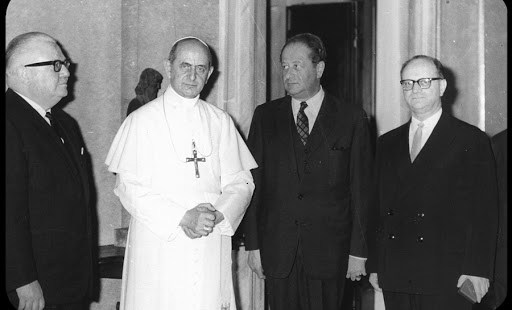 The consulting theologians of the Congregation for the Causes of Saints have approved a miracle attributed to the intercession of Venerable Pope Paul VI, moving him closer to sainthood.

Vatican Insider’s Andrea Tornielli reported Feb. 21 that earlier that week, the congregation’s theological experts had unanimously recognized the healing of an unborn child through the intercession of the late Roman Pontiff.

In the mid-1990s in California, the then-unborn child was found to have a serious problem with a high risk of brain damage. Physicians advised that the child be aborted, but the mother entrusted her pregnancy to Paul VI.

The child was born without problems, and now that he is an adolescent and remains healthy, he is regarded as having been completely healed.

The healing had already been announced as medically inexplicable by the medical commission of the Congregation for the Causes of Saints.

A miracle must be approved by both the members of the congregation and Pope Francis in order for Pope Paul VI to be beatified – the last step in the canonization process prior to being named a saint.

Paul VI’s canonization cause was opened in 1993, and in December 2012, then-Pope Benedict XVI signed a decree recognizing his predecessor’s “heroic virtue,” bestowing on him the title “Venerable.” This title means the individual has practiced outstanding faith, hope, and charity, as well as extraordinary virtuous actions with readiness over a period of time.

Paul VI was born Giovanni Montini in 1897, and was ordained a priest at the unusually young age of 22. He served as Archbishop of Milan before he was elected Pope in 1963.

As Pope, he oversaw much of the Second Vatican Council, which had been opened by Bl. John XXIII, and he promulgated a new Roman Missal in 1969. The year before, he published an apostolic constitution reforming the Roman Curia.

He published the encyclical “Humanae vitae” in 1968, which reaffirmed the Church’s teaching against contraception, as well as firm affirmation of the merits of priestly celibacy.