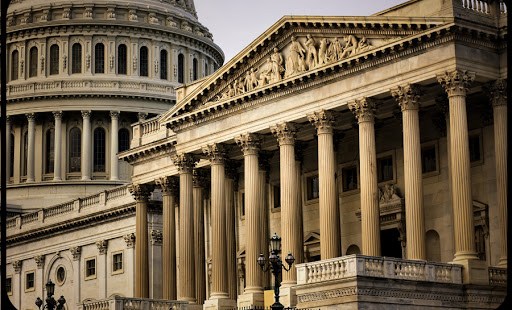 Prayers before governmental legislative sessions are constitutional. Court refuses to impose any standards as to prayers’ content.

Yesterday’s Supreme Court decision on prayer in public settings upheld the constitutional prohibition of making laws that respect an establishment of religion, says an attorney with the Becket Fund for Religious Liberty.

“We think it’s a landmark case that is protecting our national commitment to a robustly religious pluralism in public life,” said Daniel Blomberg, legal counsel for the non-profit, public-interest law firm dedicated to protecting the free expression of all religious traditions. “We think also that in its opinion, the Supreme Court affirmed that religion is not some sort of vaguely shameful thing that has to be cut out of public life.”

The Acton Institute, a Catholic think tank that promotes “a free and virtuous society characterized by individual liberty and sustained by religious principles,” issued a statement to Aleteia saying, “The Court’s decision upholds Americans’ fundamental right to freely practice their faith, adhering to our nation’s Constitution. Prayer and the freedom of religion have always been central to American life. This ruling continues that ideal, which is not simply a tradition, but a primary and legitimate right bestowed not by government, but by God.”

The ruling, said Blomberg, actually enforces the Establishment Clause because it prohibits any government agencies from getting involved in crafting generic prayers to a generic god that, it would be hoped, everyone could be comfortable with. “What the plaintiffs were asking for was for a government-sanctioned, government-approved, government-edited prayer to a government god that no one believes in,” Blomberg said.

The Becket Fund filed a friend-of-the-court brief in Town of Greece v. Galloway, in which the Supreme Court May 5 upheld the constitutionality of the practice of legislative prayer.

The case grew out of two women’s concern that they and others attending the monthly town board meetings in the upstate New York town felt excluded because most of the prayers beginning the public meetings were led by Christian ministers. Susan Galloway, a Jew, and Linda Stephens, an atheist, brought their concerns to town officials but felt the officials did not take their concerns seriously. They had Americans United for the Separation of Church and State write letters to the town, but there was still no change in policy. With Americans United’s help, the two women sued in 2008. Eventually, a federal appeals court sided with them, forbidding the town from starting council meetings with a prayer.

Galloway, in an interview May 6, said that there used to be just a moment of silence rather than a public prayer before town board meetings. “I have no problem with that because nobody is put on the spot,” she said. “There’s no pressure to conform or pressure that you don’t fit in.”

Justice Anthony Kennedy, writing the majority opinion in the 5-4 decision, said that prayers in legislative settings were “meant to lend gravity to the occasion and reflect values long part of the nation’s heritage.” He said such prayer was for the members of the legislative body, not the public.

But Galloway said that the podium would always face the audience when a local minister got up to pray at the meetings. “The person was kind of preaching to the citizenry,” she said. “After they finished the prayer, they would turn the podium around to face the government for the public forum part of it.”