Matisyahu Does It Again In His New Album “Akeda” 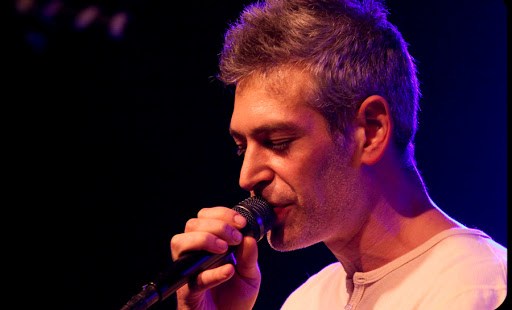 Fans and critics convinced that the man behind “King Without a Crown” had lost his religion when he lost his beard were in for a surprise this year: “Reservoir”, “Watch the Walls Melt Down”, and “Confidence” were three very clear reminders that Matthew Miller – a once skinny teenager from White Plains who set aside the drugs and set out on a quest for God – is still very much lit by the fire of faith.

Of course, a fair amount of people probably stopped paying attention, convinced that the bearded beatboxer represented a flash in the pan novelty act. And that seems just fine with Matisyahu. The guy has followed his own path artistically even when it cost him devoted demographics of all stripes, from Chassidic Jews to aspiring Rastas. But fans of his ever-evolving music and consistently philosophical lyrics have watched with no small amount of amazement over the past decade as that teenage kid has continued hunting for the hound of heaven in every nook and cranny of his being.

Now, the release of the full-length Akeda (or “binding”, a reference to the story of Abraham and Isaac) is the cap on a transformation which – not unexpectedly – has been accompanied by an interesting musical turn of events.

The album is woven together with a tinny 80s mix, complete with synths and hand claps – but Matisyahu, a master of blending genres, brings the lo-fi ruggedness of underground hip hop into the mix. Not content with that synthesis, he dashes all kinds of other styles into the pot – from the live rock-rap feel of “Watch the Walls Melt Down”, to the straight reggae track “Black Heart” (a tantalizing throwback for all the fans still stuck on the first few albums), to the new-wavey, dancing-with-myself “Ayeda (Teach Me to Love),” a track about isolation and survival that contains but also transcends Matisyahu’s recent struggles:

All of my enemies they surround me
But I will chop them down
Encompass me, but in the name of the Lord
I will cut them out
They push me, they want me to fall
With my back against the wall
I shall not die
I shall live in the land of the living

Like most albums, Akeda is not without its weak links. The bouncy “Broken Car” (appropriately) never really gets where it wants to go, and “Star on the Rise” falls back to earth on some of the verses.

But those few weak spots are completely overshadowed by the triumphant “Champion”, the introspective “Hard Way” (“Who’s gonna quench your thirst now,” he asks in the song’s opening, “who can satiate something you can’t escape?”), and one my favorite tracks, the meditative trip hop odyssey “Surrender”:

The lyrics are pure Matisyahu – he contemplates the “next life” and proclaims: “Surrender my vision, give glory to the King of Creation.”

In fact, for all of its quirks, the entire album is pure Matisyahu. Other songs weave the figures of the Torah and Jewish prayer with rapping and beatboxing, and the jumpy “Ayeka” is mirrored in the final track, “Akeda,” an acoustic meditation on Abraham and Isaac and a faith built on humble trust:

Abraham, Abraham
Take your son, take your blade
Take your rope, three long nights,
Three long days, and approach
To the mountain of the Lord
Yes you’ve been here times before
In your dreams, fantasies, realities they all bleed
Ayeka
Teach me to love

The people who gravitated to Shake off the Dust for its religious fervor and emphasis on divine transcendence may find his more earthy, symbolic expressions to be lacking in clarity, dripping into a kind of pantheistic awe of the sun and stars and the dawn, which Matis sings about…well, a lot.