My Christian Rock and Roll Ecstasy 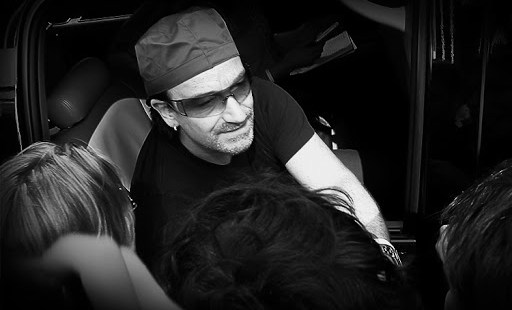 The rules are the rules: rock and roll has nothing to do with Jesus.

On the day of my father’s funeral, I listened to Radiohead.

It was over ten years ago. But I still sometimes think of that moment, of sitting alone on my back porch waiting to go to the funeral Mass and listening to music. At a time of terrible sadness, but also joy in the hope of eternal life in Christ, the soundtrack was “Street Spirit (Fade Out),” a hypnotic minor-key meditation on death by a rock band from Oxford, England.

The music was appropriate to the moment, which is another argument for the seriousness — not to mention the sensuality and deep spirituality — of rock and roll.

But then, what is rock and roll? I would argue that we don’t know, and that not knowing is part of what gives the art form its mysticism and power.

Ironically, there is now an entire rock and roll industry that is very insistent that we know what rock and roll is. From the Chuck Berry to the Beatles, punk to hip-hop, rock is about rebelling against societal norms. But what about artists like Adele, U2, Coldplay, and Lykke Li, who seem to not only want to break new sonic ground but reexamine and even reinforce ancient truths about love, death, human nature, and God? Are they iconoclasts? Or are they rediscovering the truth of things, a truth that is not contradicted by the religious establishments that pop music is supposedly meant to dismantle?

Rock critics don’t like to think about those questions, because it may mean questioning their own dogma. A few years go I wrote a piece for the Washington Post. It argued for a Catholic interpretation of some rock songs. The reaction from many readers was apoplectic; everyone knows that rock and roll is about sex, drugs, breaking furniture, and going to hell! One comment even blasphemed the name of Christ. It wasn’t the reaction of a group that is comfortable with ambiguity, diversity, and spirituality, as most liberals claim to be; it was the hysterical sermonizing of a group whose orthodoxy was being challenged.

In his great book Blissed Out: The Raptures of Rock, music journalist Simon Reynolds notes that rock critics and fans often try and take the wide-open creativity of rock and roll and reduce it to antinomian attitude: “What rock discourses attempt to do is transform the heterogeneous dissensions and desires thrown up in periods of chaotic creativity (like the counter culture or punk) into a unity of alienation/aspiration. Rock criticism’s drive is always to establish the ‘we’ of mass rhetoric as a plausible proposition. All that is for the consolidation and articulation of  culture: a counter culture is a home from home.”

Reynolds argues that rock writers condemn high culture and embrace pop music, yet have themselves been so marinated in an academic worldview that they employ high culture jargon to celebrate rock, even as rock defies such categorization. In rock writing you wind up, concludes Reynolds, with a “high church dogmatism” that wallows in rock and roll’s creative anarchy, yet insists on a very narrow meaning to that anarchy. Furthermore, interpretations that pop music might have philosophical ties to ancient truths is verboten.

Thus, the reaction to my piece in the Washington Post. Commenters derided the very idea that I could equate U2’s song “Original of the Species” with Pope Benedict XVI’s Deus Caritas Est. Rock and roll, readers lectured, is about whatever we want it to be — except, of course, for Christianity. That is: we can write and record pop songs about absolutely any subject, record them with instruments ranging from cow bells to computers, and the audience has absolute freedom to interpret them however they want. And sure, rock and roll was birthed by the blues, which is inseparable from African-American churches and the black Christian tradition. And yes, U2 met in Ireland as evangelical Christians, and biblical imagery still saturates their music. But the rules are the rules: rock and roll has nothing to do with Jesus.