The Fall of Mosul 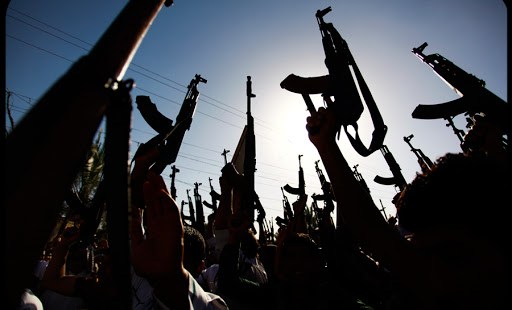 For anyone who cares about Christian history, it’s like the end of the world.

On June 10, the city of Mosul fell to the forces of ISIS, the extremist Islamic State of Iraq and al-Shams. Politically, this is a catastrophe for American hopes of preserving the settlement they had uneasily imposed on the region, while a humanitarian catastrophe looms. Particularly hard hit are the region’s Christians, who have no wish to live under jihadi rule. A heartbreaking story in the The Telegraph recently headlined “Iraq's beleaguered Christians make final stand on the Mosul frontline.”

So much has been widely reported, but what has been missing in media accounts is just how crucially significant Mosul is to the whole Christian story over two millennia. Although the destruction of Christian Mosul has been drawn out over many years, the imminent end is still shocking. The best way to describe its implications is to imagine the annihilation of some great European center of the faith, such as Assisi, Cologne, or York. Once upon a time, Mosul was the heart of a landscape that was no less thoroughly Christ-haunted.

Mosul itself was a truly ancient Assyrian center, which continued to flourish through the Middle Ages. No later than the second century AD, the city had a Christian presence. This was a vital base for the Church of the East, the so-called Nestorian Church, which made it a metropolitan see. Also present were the so-called Monophysites, today’s Syrian Orthodox Church. These churches used Syriac, a language close to that of the apostles, and Syriac-speaking villages still survive in the Mosul area.

Mosul stood at the center of a network of monasteries, some of which were among the first and most influential in the whole monastic movement. Within thirty miles of the city, we find St. Elijah’s and St. Matthew (Mar Mattai) from the fourth century, Rabban Hormizd and Beth `Abhe from the sixth or seventh, and there are many others: Mar Bihnam, Mar Gewargis (St. George), Mar Mikhael (St. Michael). As in Western Europe, such houses were crucial to the vast tradition of Christian faith and learning, and the greatest yielded nothing to such legendary houses as Monte Cassino or Iona. At its height, Mar Mattai was one of the greatest houses in the Christian world, with thousands of monks.

We have a precious record of this lost world in the writings of Thomas of Marga, whose Book of Governors compiles the lives of Syriac monks and holy men. Thomas mentions dozens of names of small religious houses in the Mosul region, most of which we can no longer locate. The remains of many, presumably, survive under Iraqi village mosques. Northern Iraq, in its day, was at least as densely packed with monasteries and hermitages as Ireland.

The Church of the East never had the mixed blessing of a close alliance with a friendly secular power. From the third century, the Mosul region was ruled by Persia, while Muslim commanders took over in the seventh. For centuries, though, those churches and monasteries carried on in their well-established way. In the histories of the towering thirteenth century polymath Gregory Bar Hebraeus, the Mosul region still features as one of the hubs of the Christian universe (Gregory himself was buried at Mar Mattai). When Christian emissaries from Mongol China traveled through the Middle East around 1280, visiting the key centers of the faith, naturally Mosul was a highlight of their itinerary.

After the thirteenth century, Mosul fell on hard times, and it was devastated in the Mongol wars. Even so, Christian life persisted in the surrounding religious houses. We get a sense of this from the invaluable manuscript of ancient Syriac Christian writings like the Cave of Treasures that is now preserved in the British Museum. It was copied in the 1709 by the learned priest Homô, the son of the priest Daniel, who lived in Alqosh, near Mosul. Without the devoted work of scholars like Homô, our knowledge of ancient Eastern Christianity would be vastly poorer than it is.

The ruin of Christian Mosul is a modern affair. By the early twentieth century, the dreadful state of public order in Northern Mesopotamia had severely reduced the Christian population, while Kurdish raids and bandit attacks repeatedly hit the monasteries, and devastated their libraries. The First World War offered a near-death blow, as the Ottoman Turks inflicted local Christians the same attempted genocide they were currently directing against the Armenians. By the 1920s, the once transcontinental Church of the East, the Assyrian Church, was reduced to about forty thousand survivors clinging to the Mosul area.

Even so, the Assyrian community revived, and it coexisted with other Christian communities, with the Catholic Chaldeans, with Syrian Orthodox, and with Orthodox Arabs. Christians hoped, in fact, to benefit from the state secularism promised by Saddam’s Ba’ath regime. Mosul was the home of Saddam’s notorious foreign minister, who changed his Christian name Michael Yuhanna into the more Muslim-sounding Tariq Aziz.

But to no avail. Islamist violence surged after the 2003 U.S. invasion, and the ISIS campaign may well prove the last straw. Agonizingly, for anyone who knows the area’s history, the article I mentioned about the Christians’ final stand was illustrated by an image of Mar Mattai, which is now a sanctuary for local civilians.

For anyone who cares about Christian history, it’s like the end of the world.