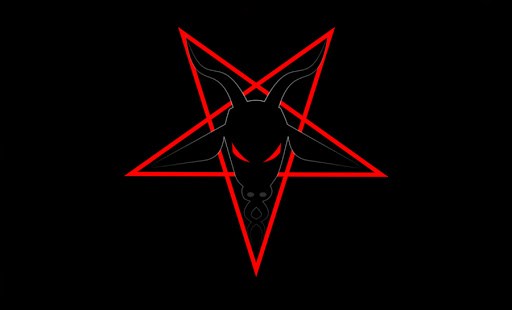 For the second time this year, a public “Black Mass” is being planned—this time in Oklahoma City.

According to the Oklahoma City Civic Center website, the event is planned for Sept. 21.

The website announces: "The Black Mass has been a feared ritual, and now it’s being brought into the light! This will be not only enlightening but educational as well. This Black Mass will [be] conducted for the public to attend with certain adaptations to allow for a legal celebration."

That includes clothing the "female altar," which is normally nude, Adam Daniels, head of Dakhma of Angra Mainyu, the satanic church in Oklahoma City behind the event, explained in an interview today.

"We’re trying to bring about tolerance for our religious freedom for the satanic religion," Daniels said. "We have a legally-filed church…and bringing out the black mass as one of the rituals of satanism to educate the public."

In a follow-up by email, Daniels said the event for September is meant as "a defiant act to show the Catholics that Satanism will stand up and fight for our religious rights."

He declined to say how many people belong to the church but said that it has previously organized public demonstrations of a "satanic exorcism" and a ritural called "The Apostasy of Jesus Christ."

Oklahoma City Archbishop Paul Coakley today called on community leaders to reconsider whether it is an appropriate use of public space.

“For more than 1 billion Catholics worldwide and more than 200,000 Catholics in Oklahoma, the Mass is the most sacred of religious rituals,” the archbishop said in a statement. “It is the center of Catholic worship and celebrates Jesus Christ’s redemption of the world by his death and resurrection. In particular, the Eucharist—which we believe to be the body, blood, soul and divinity of Jesus Christ – is the source and summit of our faith.

“That’s why we’re astonished and grieved that the Civic Center would promote as entertainment and sell tickets for an event that is very transparently a blasphemous mockery of the Mass,” he continued. “The ‘Black Mass’ that is scheduled for the Civic Center in September is a satanic inversion and distortion of the most sacred beliefs not only of Catholics, but of all Christians."

Encyclopaedia Britannica defines a black mass as "a blasphemous and usually obscene burlesque of the true mass performed by Satanic cults. The naked back of a woman often serves as an altar, and a validly consecrated host is generally used to intensify the mockery. The rite commonly incorporates other elements of Satanic magic."

He asked "those who are allowing this event" to reconsider whether this is an appropriate use of public space. "We trust that community leaders—and, in particular, the board members of the Oklahoma City Civic Center—do not actually wish to enable or encourage such a flagrantly inflammatory event and can surely remedy this situation."

Jim Brown, general manager of the Civic Center, said this afternoon that, as a public facility, the U.S. Constitution requires them to book to all-comers, as long as they don’t do anything illegal.

"We’ve had groups like this for several years; they book at our facility," Brown said in an interview. "Since we’re a City of Oklahoma facility we’re required to abide by all First Amendment rights to the Constitution, which doesnt allow us to turn away any productions…. As a public facility, we’re required to rent to organizations and individuals as long as they abide by our policies and procedures."

Brown said that this will be the fourth time the satanic group performs at the Civic Center but has always gone by different names. "This time it’s called Dakhma of Angra Mainyu."

Reminded that such an event is offensive to Catholics and Orthodox Christians, and asked if the Civic Center would treat a group such as the Ku Klux Klan in a similar manner, Brown commented, "As long as all laws and ordinances are abided by, we are required to book events, because that’s what we do."

He added that the event will be held in the Civic Center’s smallest space, which has a maximum capacity of 92. "Prior, we’ve never had  anywhere close to that number of people attend," Brown said.

The group approached Civic Center management April 27, around the time the public was learning of plans for a similar event at Harvard University.