Hobby Lobby Decision Starts to Play Out in Other Cases 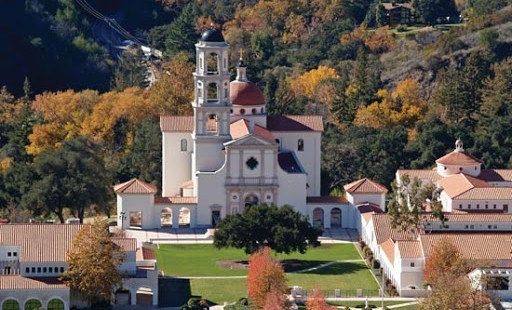 Now that the Supreme Court has ruled that the religious Freedom Restoration Act applies to family-owned businesses, religious non-profits who have challenged the government mandate of providing contraceptive coverage for employees are waiting to see how Monday’s ruling will affect them.

While the Obama administration said Wednesday that the Supreme Court’s ruling in favor of the religious claims of Hobby Lobby and other businesses supports its position in ongoing disputes with religious nonprofit organizations, some legal experts believe otherwise.

“It would seem to me that…if they’re deciding that a for-profit entity–small companies like [Hobby Lobby Stores and Conestoga Wood Specialties]–that this mandate doesn’t apply to them, I think the implication is it’s not going to apply to religious non-profit organizations,” said Stephen Krason,  Director of the Political Science Program at Franciscan University of Steubenville and co-founder of the Society of Catholic Social Scientists, in an interview Monday. “I can’t see how they could say the mandate would stand up against such outfits as that.”

One of those non-profits, Thomas Aquinas College, in Santa Paula, Calif., is awaiting a decision in its case challenging the HHS mandate and found the Hobby Lobby decision’s implications for the college to be unclear.

In a statement, the college acknowledged that the majority opinion in Hobby Lobby “provided guidance to the government as to how it might achieve its desired goal of guaranteeing cost-free access to four challenged contraceptive methods [which also can act as abortifacients] without imposing a substantial burden on the exercise of religion. It suggested that the government itself could assume the cost of providing the contraceptives or that it could simply extend to closely held for-profit corporations with religious objections the accommodation that has already been established for non-profit organizations with those objections."

Ryan T. Anderson, editor of Public Discourse, a project of the Witherspoon Institute, noted that lower courts have granted relief from the mandate for 26 non-profit organizations because the administration’s accommodation is inadequate.

“These groups are concerned that the accommodation makes them morally complicit with the provision of contraception because they must send a notification to their insurance issuer or administrator, who will then provide plan members with the objectionable drugs and devices,” Anderson wrote. “As legal scholars have pointed out, the accommodation is nothing less than a “permission slip” that authorizes and directs insurance companies or third-party administrators to do what the employer considers a gravely immoral act.”

But Thomas Aquinas was encouraged by another comment in the opinion: that “RFRA was designed to provide very broad protection for religious liberty.” The majority opinion, the college noted, said the plaintiffs’ beliefs “implicate a difficult and important question of religion and moral philosophy, namely, the circumstances under which it is wrong for a person to perform an act that is innocent in itself but that has the effect of enabling or facilitating the commission of an immoral act by another.”

“This question,” Thomas Aquinas’ statement said, “goes right to the heart of the college’s, and others’, religious objection to the HHS accommodation.”

Attorneys for the college filed a letter with the U.S. Court of Appeals for the District of Columbia Circuit, which has yet to rule on TAC’s appeal. The letter opined that Hobby Lobby does not contradict TAC’s position that the contraceptive andate “does not advance a compelling governmental interest.”

In its first legal response to Monday’s ruling, the Obama Administration on Wednesday urged the court to deny a request from evangelical Wheaton College in Illinois that the government says would prevent students and employees from obtaining free access to emergency contraceptives, according to the Associate Press. The Justice Department said the Hobby Lobby decision essentially endorses the accommodation the administration already has made to religious charities, hospitals and universities.