The Threat to America From ISIS Recruits 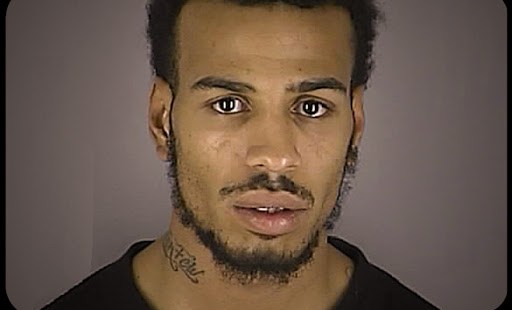 An Aug. 25 article in the Italian newspaper “Il Tempo” even cited Israeli sources who claimed that ISIS has Pope Francis "in the crosshairs" for being the "greatest exponent of the Christian religions" and the "bearer of false truth." Jesuit Father Federico Lombardo, the spokesman for the Holy See, told Catholic News Agency that the report had "no foundation" and he added that the Vatican is not concerned about the threat.

However, the leadership of the so-called Caliphate—which al-Baghdadi declared after ISIS gained control of northern Iraq and Syria—"has been clear that it will focus on Western and American targets if given the chance to consolidate its holdings in the so-called Caliphate," according to retired Marine Corps Gen. John R. Allen, a distinguished fellow of foreign policy at the Brookings Institute.

"Make no mistake, the abomination of (Islamic State) is a clear and present danger to the U.S.," Allen wrote for “Defense One,” adding that the group is not "a flash in the pan" as it is reinforced by Sunni tribal elements from Syria and Iraq and a "witch’s brew" of foreign fighters from across Asia, Russia, Europe and America.

"The Caliphate’s Western recruits will be felt in the European and American homelands for years to come regardless of the fate of IS and its cause," Allen wrote.

Many observers became aware of ISIS’ Western fighters after a grisly video emerged this month showing a masked jihadist, speaking with a British accent and standing next to the American freelance journalist James Foley, who was subsequently beheaded. British officials have told local newspapers that the jihadist is likely from the United Kingdom, perhaps London.

According to a report from The Soufan Group, a New York-based intelligence organization, more than 12,000 fighters from at least 81 countries have joined the fighting in Syria. Of those, about 2,500 jihadists are from the West, including the United States, Canada, the United Kingdom, France, Germany, Belgium and Australia.

In July, ISIS’ media wing released a recruitment video featuring an English-speaking Canadian, identified as Abu Muslim, who called for skilled professionals to join the jihad. "This is more than just fighting," he said. "We need the engineers, we need doctors, we need professionals… There is a role for everybody."

The Western fighters joining ISIS’ cause pose serious national security concerns for the U.S. and Europe, especially since those individuals have passports and visas.

"The short-term concern is the Americans that have gone to fight with ISIS and the west Europeans that have gone to fight with ISIS could be trained and directed by ISIS to come to the United States to conduct small scale attacks," CBS News national security analyst Mike Morell told "CBS This Morning" earlier this month. Morell added: "If an ISIS member showed up at a mall in the United States tomorrow with an AK-47 and killed a number of Americans, I would not be surprised."

ISIS extremists "are one plane ticket away from U.S. shores," House Intelligence Committee Chairman Mike Rogers, R-Michigan, told NBC’s "Meet the Press" on Aug. 24. The concerns of ISIS-trained Westerners visiting the United States have prompted some federal lawmakers to propose revising the visa-waiver program, which allows citizens of 38 countries—mostly European nations—to enter and stay in the U.S. for 90 days without a visa.

Several European governments have also adopted recent measures to try to prevent their citizens from joining the fight in Iraq and Syria, or intercepting them before they return to their home countries. The French and German government have also sent arms to Iraq to help Kurdish and national military forces battle ISIS, according to published reports.
ISIS, awash with money stolen from Iraqi banks and revenues from the oil fields it has captured, is morphing into a state-like entity, wrote Allen, who noted that the Taliban, when it controlled Afghanistan, provided a base for Bin Laden and Al Qaeda to plan their strikes on the West, most notably the Sept. 11, 2001, terrorist attacks. In comparison to ISIS, the Taliban were and remain as cavemen, Allen wrote.

"A comprehensive American and international response now—now—is vital to the destruction of this threat," Allen wrote, who added the Islamic State "is an entity beyond the pale of humanity and it must be eradicated."
Said Allen: "If we delay now, we will pay later."