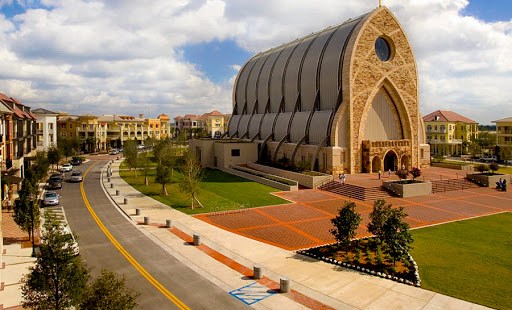 “Government still doesn’t seem to get that it can’t force violation of beliefs,” says lawyer

Naples, Fla., (CNA/EWTN News).— A federal court in Florida has granted Ave Maria University preliminary protection from the federal contraception mandate, which the school has challenged on religious freedom grounds.

“After dozens of court rulings, the government still doesn’t seem to get that it can’t force faith institutions to violate their beliefs,” said Eric Baxter, senior counsel at the Becket Fund for Religious Liberty, which represented the university.

“Fortunately, the courts continue to see through the government’s attempts to disguise the Mandate’s religious coercion,” Baxter said in an Oct. 28 statement. “We congratulate Ave Maria for its courage, even under the threat of crippling fines.”

On Oct. 28, a federal district court in Florida ruled that the new regulations surrounding the Department of Health and Human Services’ controversial contraceptive mandate do not adequately protect religious employers and their consciences.

In its decision, the U.S. District Court for the Middle District of Florida granted Ave Maria University preliminary protection from violating its deeply-held religious beliefs or being penalized with substantial fines.

Issued under the Affordable Care Act, the HHS mandate has faced more than 100 lawsuits brought by over 300 for-profit and non-profit plaintiffs, objecting that the rules force them to violate their religious convictions.

The mandate requires that employers offer health insurance plans that cover contraception, including some drugs that can cause early abortions, and sterilizations.

In June, the Supreme Court ruled that the mandate, as written, violated the 1993 Religious Freedom Restoration Act by forcing the owners of “closely-held” for-profit employers to go against their religious beliefs.

The high court said that the government had not proven that the mandate was the least restrictive means of providing free contraceptives to employees.

In response to the court ruling, Obama Administration proposed modifications to the mandate. Among these modifications was a change to the way that the rule affects non-profit religious groups that object to it.

The proposed modifications alter an earlier “accommodation” provided to non-profit religious employers. The suggested changes would allow employers to notify the government of their objection to the mandate, prompting the government to then arrange the coverage that the employers find objectionable.

This would change an earlier provision that required the religious employer itself to authorize an insurer or third-party administrator to provide the objectionable products and procedures.

However, some employers, such as Ave Maria University, argue that that this arrangement still requires an employer’s participation in facilitating access to products and procedures that violate their deeply-held religious beliefs.

The Florida court’s ruling on behalf of Ave Maria University protects the school from facing millions of dollars in fines that could have been levied against the school after the revised mandate would have taken effect on Nov. 1.

“The government has been retreating since it first issued the Mandate three years ago,” Baxter said. “Now it’s time for the government to stop going after religious colleges and ministries and start respecting religious liberty.”