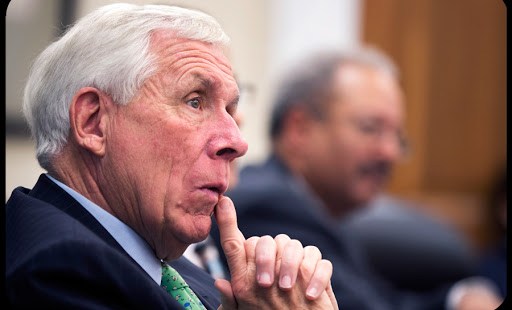 For the first time since 1978, Frank Wolf’s name will not appear on the November ballot in Virginia’s Tenth Congressional District. The republic will be the poorer for that.

Virginia’s 10th CD includes territory familiar to James Madison. And it’s not hard to imagine the Father of the Constitution and Bill of Rights taking deep satisfaction from the public career of a fellow-Virginian, a man of integrity who bent every effort to defend human rights, especially for the defenseless. That advocacy was the hallmark of Frank Wolf’s lengthy congressional career, which, like my old friend Henry Hyde’s, is a powerful argument against term limits.

When the defense of religious freedom and other basic human rights meant confronting Soviet power, even when foreign policy “realists” objected, Frank Wolf was there. When the defense of religious freedom meant confronting Islamist and jihadist terrorists, in the face of the same objections from the same unrealistic realists, Frank Wolf was there. When genocide was going on in Sudan, and Washington preferred to look away, Frank Wolf forced his governmental colleagues to pay attention. When most of official Washington ignored the plight of persecuted Christians whose communities could trace their origins virtually to apostolic times, Frank Wolf was their advocate and, challenging both Congress and the Obama administration and citing as his rationale William Wilberforce’s 1789 speech in Parliament against the slave trade: “Having heard all of this, you may choose to look the other way, but you can never again say that you did not know.”

Frank Wolf also understood that consistency in human rights work meant being a pro-life advocate. Like the late Richard John Neuhaus, whose work he admired, Frank Wolf saw the pro-life movement as the natural heir to the U.S. civil rights movement, and pro-life advocacy here at home as the natural complement to work in defense of people oppressed by authoritarian and totalitarian regimes abroad. That an evangelical Protestant understood this, and acted on it, when so many Catholic members of Congress did not, is cause for Catholic reflection—and repentance.

Frank Wolf did his chores for Virginia’s 10th CD; he didn’t get re-elected 16 times by ignoring the home front. But in the 30 years I’ve known him, I’ve always had the impression that it was his advocacy for those who were both persecuted and voiceless that kept him in the game and offered him the deepest of satisfactions in his public service. And in the case of this Christian gentleman, I couldn’t help but think that the deepest source of Frank Wolf’s concern for the persecuted was the truth the Vulgate Bible caught best in Latin: "Caritas… Christi urget nos"— “The love of Christ impels us…” [2 Corinthians 5: 14].

He’d dismiss the comparison out of hand, but I thought of Frank Wolf this past summer when I read Fred Kaplan’s “John Quincy Adams: American Visionary.” True, Frank Wolf did not spring from the intellectual and political aristocracy of the American Founding; nor did he serve as ambassador, senator, secretary of state, and president; nor is he a crusty curmudgeon like the Adams portrayed brilliantly by Anthony Hopkins in the film “Amistad.” But like John Quincy Adams, Frank Wolf brought distinction to the U.S. House of Representatives rather than taking distinction from it. Like Adams, Wolf made a sometimes-unpopular moral cause the centerpiece of his service in the people’s House. And like Adams, Frank Wolf drew the affection and respect of his colleagues on both sides of the aisle, who know that the House is losing one of its unsullied moral reference points when Frank Wolf retires.

These days, “public service” is too often a matter of incantation rather than fact, as public office has become an expression of ego rather than of conviction. But for the past 34 years, the people of Virginia’s 10th Congressional District, and indeed the people of the United States, have had a true public servant in Frank Wolf, whose convictions graced the office he held and ennobled the legislative body in which he served.