Most Synod Fathers Seemed Unaware of the Serious Risks of Cohabitation 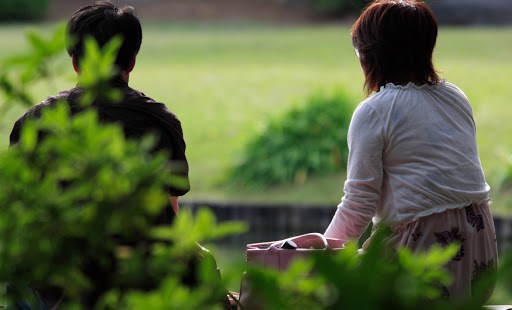 Studies report 13 risks of cohabitation for couples (not counting risks to children).

4.  The more months of exposure to cohabitation, the less enthusiastic couples are about marriage and childbearing (“Journal of Marriage & Family” (59), 1997).

6.  Cohabiters tend to not have an ethic of commitment that is as strong as non-cohabiters. This could explain the high rates of divorce among couples who cohabited prior to marriage (“Journal of Marriage and the Family,” August, 1997).

9.  Cohabitation can contribute to selfishness and, later, a lack of openness to children.

10. Respondents who cohabited after divorce or cohabited with their partner in a subsequent marriage reported, on average, lower levels of happiness in the remarriage than remarried respondents who did not cohabit after the initial divorce (“Journal of Marriage and Family,” 68(2), May, 2006).

11. Compared with peers who had not cohabited prior to marriage, individuals who had cohabited reported higher levels of depression; the level of depression also rose with the length of cohabitation. (Alabama Policy Institute, August, 2006).

12. The longer couples cohabited before marrying, the more likely they were to resort to heated arguments, hitting, and throwing objects when conflicts arose in their subsequent marriage. A longer length of cohabitation was linked to a greater frequency of heated arguments, even when controlling for spouses’ age. (Alabama Policy Institute: August, 2006).

13. Women in cohabiting relationships are nine times more likely to be killed by their partner than are married women. Within cohabiting relationships, middle-aged women were at greatest risk of being killed. (T.K. Shackelford and J. Mouzos, “Partner Killing by Men in Cohabiting and Marital Relationships: A Comparative, Cross-National Analysis of Data from Australia and the United States,” ”Journal of Interpersonal Violence,” 2005 (30:10); 1310-1324).

We can only hope that the parents of young adults who are considering cohabitation will have the confidence to discuss the major risks associated with cohabitation with their sons and daughters.

And we can also hope that when the Synod Fathers meet in October 2015, all will be better informed about the risks associated with cohabitation for couples and society.

Rick Fitzgibbons, MD is the director of the Institute for Marital Healing outside Philadelphia and has worked with several thousand couples over the past 38 years. Trained in psychiatry at the Hospital of the University of Pennsylvania and the Philadelphia Child Guidance Center, he participated in cognitive therapy research with Aaron T. Beck. In 1986 he wrote a seminal paper on the psychotherapeutic uses of forgiveness in the treatment of excessive anger and in 2000 coauthored Helping Clients Forgive: An Empirical Guide for Resolving Anger and Restoring Hope with Dr. Robert D. Enright, University of Wisconsin, Madison, for American Psychological Association Books. The second edition of this book is in press.