He just might be the greatest living Catholic novelist.

Are you looking for a spellbinding novel with deeply Catholic themes, compelling characters, and exquisite prose? Well, if you’ve been confining your search to Barnes and Noble’s family-friendly Christian fiction shelf, I’m here to tell you that you’re missing out.

As a reader, you have probably heard of Dean Koontz. He has sold 450 million copies of his books in 38 languages, making him one of the most successful writers in the world. And while his stories have been categorized as science fiction, fantasy, thriller, and horror, he’s also considered by many readers to be the world’s best Catholic author of fiction.

Here are the top ten reasons that Catholics should read Dean Koontz:

1) His protagonists are truly heroic 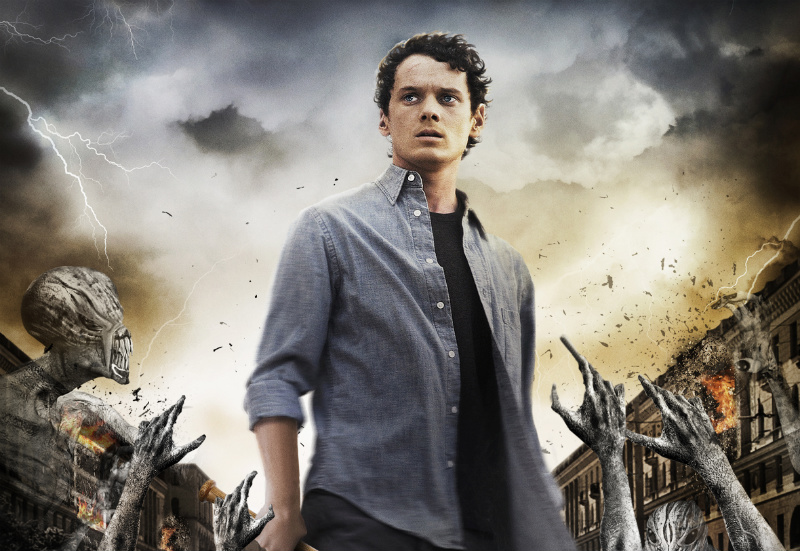 From the poster of the recent film adaptation of his book Odd Thomas / via deankoontz.com

The term “hero” usually just refers to a story’s main protagonist, but these days it is frequently a hollow term that suggests nothing about a character’s moral standing.

However, Koontz draws a very clear line between ultimate good and ultimate evil. His protagonists, though flawed, are praiseworthy men and women who would rather live and let live, and who prefer a day trip to the beach over a pile of money. These heroes would likely enjoy living quietly in obscurity, were it not for the monster/criminal/malicious-otherworldly-entity on their trail.

2) His antagonists are black-hearted villains

While Koontz’s heroes are models of decency, his villains are some of the most nefarious creatures ever conceived in the world of fiction. “Creatures” is in this case a better term to use than “people,” because these antagonists are supernatural in nature nearly as often as they are human.

Unlike many other contemporary authors, Koontz makes no sympathetic excuses for his villains. They are not misunderstood, nor are they victims of injustice, prejudice, racism, or any other social ill; They are purely, diabolically evil – a distinct category of person that all Catholics ought to be aware of.

3) His novels emphasize the supernatural

As Catholics, we profess that God is maker of not only all that is visible, but all that is invisible – that which we cannot see, and which is beyond the comprehension of the physical sciences. We are often skeptical about the invisible world, which is sometimes deemphasized in favor of the Church’s earthly social endeavors. How many of us can say we register the invisible world in our gut? Do we believe that the archangels do battle for our salvation, just as demons dedicate themselves to the damnation of our souls?
You may already be a firm believer, or perhaps you’re still wary of these truths and the impact they may have on your worldview. But in either case, you will find encouragement in Koontz’s novels.

Not everyone is pleased by Koontz’s literal belief in Heaven and Hell. After the release of his book Hideaway, he received hate mail from atheist readers who were displeased by the author’s apparent unwillingness to succumb to a materialistic secular worldview. As Koontz recounts:

My fifty seethingly angry correspondents were furious with me because the story line of HIDEAWAY assumed the existence of God and Heaven. They accused me of corrupting the minds of innocent youth, of being a paid shill for the Vatican, and of being a moron.

If you can really judge a man by his enemies, Koontz’s detractors do him quite the service. 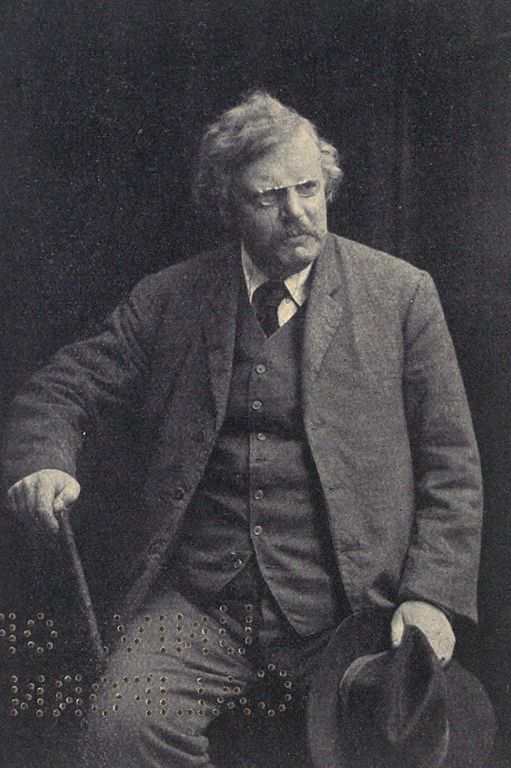 Koontz has spoken of his attraction to Catholicism through the writings of Gilbert Keith Chesterton, regarded as one of the most eloquent defenders of Catholicism in recent history.

Besides helping to lead him to the Church, Koontz attributes much of his own fluency as an author to the precision of language employed by Chesterton in his widely-read essays and books.

[ See: 19 of the Most Refreshingly Commonsensical G.K. Chesterton Quotes ]

6) He’s a fan of Flannery O’Connor

Hailed in some quarters as the greatest author of the last century, Flannery O’Connor’s short stories and novels remain popular to this day. Like Koontz, she was criticized by many readers for the wicked characters and violence that feature prominently in many of her works. She was also a devout Catholic who grounded her view of good and evil in a deep understanding of sin and grace. Of her writing Koontz had this to say in an interview with the New York Times:

No one has written better about the reality of evil. Few have written as well, with such sharp-edged compassion, about the weaknesses and follies of humanity, about the operation of grace in our lives and about the necessity of humility. Her stories — her intelligence and compassion — can restore reason to minds unhinged by our fame-obsessed, technology-obsessed culture that by so many mechanisms isolates more and more people even as it holds forth the (false) promise of a universal community.

7) He loves the traditional liturgy

an interview
with EWTN’s Raymond Arroyo, Koontz openly expressed his regret that the beauty of traditional Catholic liturgy has often been neglected, and argues that this has contributed to a substantial weakening of Catholic culture. In another interview, when asked to identify his least favorite part of being Catholic, he pointed to the loss of tradition after Vatican II:

The Latin Mass and all of that was a great loss, something that is embraced and promoted for hundreds upon hundreds of years and then disappears overnight in an attempt to satisfy an urge toward trendiness. It was a great loss to the church, and I think it still is.

8) He takes a stand for special needs children

Children with special needs – including Down syndrome and other physical and mental handicaps – appear frequently in Koontz’s stories. In fact, he speaks so glowingly of such individuals that some may criticize him for romanticizing burdensome afflictions. In fact, Koontz’s view is shaped by his real-life interactions with the handicapped, which has led him to view them as unlikely channels of grace into the lives of others.

If that isn’t a beautiful articulation of the pro-life position, I don’t know what is.

All Catholic appeal aside, Dean Koontz’s writing is a cut above much – if not most – of what you can find on the New York Times Best Sellers list.

Different readers may have had a different experience, but whenever I read his novels, I find that I can utterly forget myself for hours on end. It’s a tired cliché, but his characters – both heroic and villainous – seem to come alive as you turn the page.

This can perhaps be attributed to his intense writing routine, in which he spends a whole workday – without breaks! – completely losing himself in his craft. 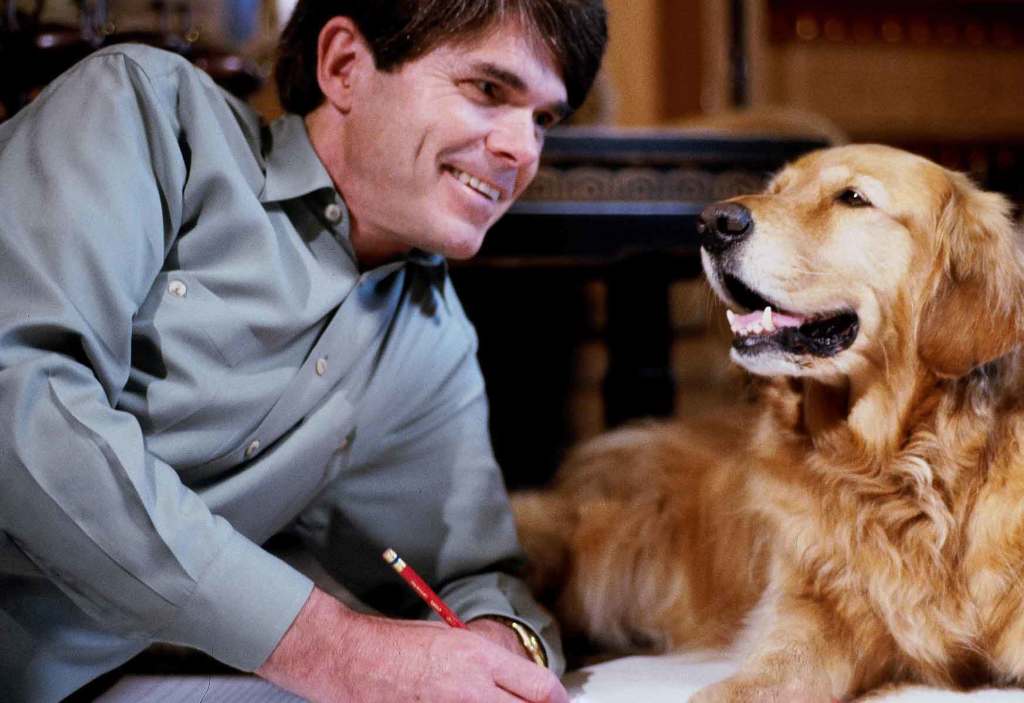 Ok, low blow? Sure. But what can I say? I love golden retrievers.

Be warned: If you’re both Catholic and a dog-lover, you may have the makings of a lifelong Dean Koontz fan.

Michael Saltis recently graduated from the University of Dayton, where he studied political science and history. He lives and works in Akron, Ohio. This article originally appeared in ChurchPop and is reprinted here with permission.