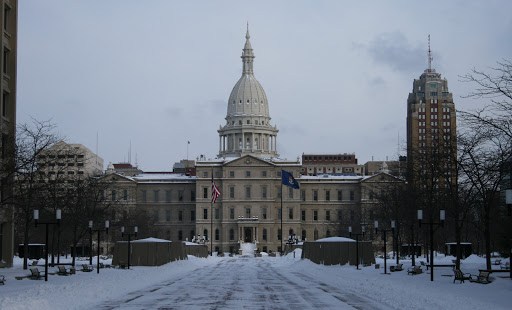 The Vatican vs. the nuns: 3 takeaways from Tuesday’s report
RNS

Pope tells Gypsies to contribute to the common good
THE TABLET

Edelstein:
The European Union must have lost its mind
JERUSALEM POST

"O Little Town of Bethlehem": The Persecution of Christians in the modern-day city of Christ’s birth
CHRISTIAN POST

Lithuanian archbishop fears Russia attack on Baltic states — "We’re in the front line, and Russia has made its intentions clear," says the Archbishop of Vilnius
CATHOLIC HERALD

Ukrainian Catholic leader: "The Pope is on Ukraine’s side" — At a recent prayer vigil, the head of the Ukrainian Greek Catholic Church (UGCC), an Eastern-rite church in full communion with the Holy See, said that “The Pope is on the side of Ukraine and its people.”
CATHOLIC CULTURE

Apple halts sales to Russia amidst rouble rumblings
BBC
RECOMMENDED ON ALETEIA
In
"Bishops Speak Out Against Chemical Warfare on Women" we read of the response by the Catholic Bishop’s Conference of Nigeria to the imposition of a new self-injectable contraceptive being promoted by the Gates Foundation and Pfizer. The drug (Sayana Press) is known to possess harmful side-effects and yet, its widespread introduction marches on. Evidence (I believe) of coercion by Western "interests" upon Nigeria’s government. Let us pray the Church’s concerns will be taken-up by the people
ALETEIA
Mary Hallan Fiorito’s
"Putting Christ Back into Christmas" details the work of the "Next Generation" children handing-out figurines of the Christ Child to busy shoppers amidst the hustle and bustle of Christmas. The Focolare Movement was founded in Italy by Chiara Lubich during the Second World War and seeks to return Christ to Christmas. “This wealthy world has ‘kidnapped’ Christmas and everything around it, and evicted Jesus! It loves the poetry, the atmosphere, the friendships, the presents, the lights, the stars, and the songs. It looks to Christmas for the best profits of the year. But there is no thought of Jesus.”
ALETEIA
BRITAIN & IRELAND
Post-Christian Britain:
UK’s highest court rules two Catholic midwives cannot object to being involved in abortions
DAILY MAIL

Church of Scotland presbyteries vote to appoint gay ministers
BBC
EUROPE
Minister concerned that new Olympic transgender policy will cause discrimination against Christian athletes — The International Olympic Committee unanimously approved an addition to the non-discrimination policy last week that aims to stop bullying that occurs to lesbian, gay, bi-sexual, and transgender athletes, but one organization believes that this will only allow more discrimination against those Christian athletes who believe that homosexuality is a sin
GOSPEL HERALD

Critic protests renovations at Chartres cathedral — Martin Filler laments a renovation project already underway in the cathedral of Chartres, in which the interior walls are being painted in “bright whites and garish colors"
CATHOLIC CULTURE

Poverty, discrimination and sickness: How Syrian refugees are struggling in Lebanon
CNA

Meet the Christian soldiers fighting for their lives against ISIS
HAARETZ

Local gov’t in Pakistan demolishes homes of Christian families under Muslim pressure — A municipal government in the Punjab province of Pakistan has destroyed the homes of 13 Christian families after they refused to become bonded laborers and work without pay.
GOSPEL HERALD

95-yr-old woman who had prayed to die
finds purpose
CBN
Priest takes drastic action after ringing phones disturb services — A priest has installed a jamming device to stop mobile phones going off during his services in Naples, Italy
DAILY EXPRESS

The temples of today?
CNN