Some Regions of Nigeria Now Devoid of Christians 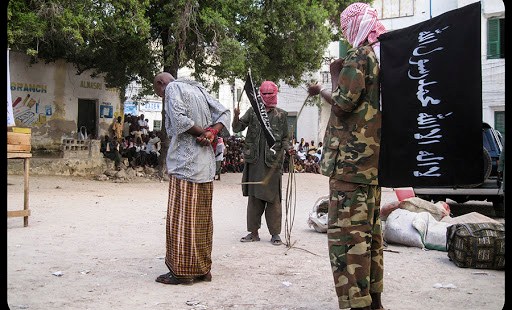 A female suicide bomber killed herself Monday when she exploded a vehicle packed with explosives near a stadium where Nigeria’s president had just held an election rally in the northeastern city of Gombe, police said. They said there were no other casualties.

The U.S. State Department, meanwhile, published a warning urging U.S. citizens not to travel to 17 of the country’s 36 states "due to the risk of kidnappings, robberies, and other armed attacks." The list encompasses every state in the far north, central Plateau state and Delta, Bayelsa and Rivers in the oil-rich south.

Two other suicide bombings in Gombe city on Sunday injured a few people but killed only the bombers, he said. A couple sharing a bicycle blew themselves up at a central traffic circle and a man blew himself up at a timber market. All three bombers died, Atajiri said.

No one immediately claimed responsibility. Most suicide bombings are blamed on Boko Haram Islamic extremists who are against democracy and have vowed to disrupt the Feb. 14 elections for the president, state governors and legislators in Nigeria, Africa’s richest and most populous nation.

Meanwhile, the Bishop of Maiduguri, while describing Boko Haram’s advances in Niger, Chad, Cameroon and Libya, confirmed that Western military intervention may be the only option sufficient to confront the militants of these terrorist groups who have allied themselves to ISIS.

The bishop, whose diocese is located in the middle of an area that is controlled by ISIS in northern Nigeria believes that “the West must send ground forces in order to oust Boko Haram and contain its advances.” He added that “a Western-led military campaign is necessary.”

Bishop Dashe Doemi indicated that the attack on Baga has revealed the weaknesses of the Nigerian Army and the inefficacy of its officers who spend their time “taking orders instead of giving them.”

He added, “Within the ranks of the Army there are Boko Haram sympathizers, some of whom have secretly joined the organization. There are also others who have simply left the Army and joined Boko Haram.”

Likewise, Bishop Doemi has requested that secret foreign assistance, which the Islamic organization has obtained, be stopped. He claimed that the “Nigerian government knows precisely who is supporting Boko Haram.”

Thousands of people have been killed, 50 churches have been destroyed and most of the members of those churches have become refugees. Boko Haram’s threats over the last five years have ruined his diocese. Two hundred other shrines and churches have fallen into neglect.

Bishop Doemi indicated that thousands of his parishioners have been murdered; most of them at the hands of Islamists. “They are pointing guns at their heads or holding knives to their necks while telling them that they will kill them all if they do not convert to Islam. A large number of believers have already been assassinated because they refused to convert to Islam.”

Since 2009 between 70,000 and 125,000 Catholics have fled Maiduguri, leaving their homes and their lands. This amounts to more than half of all Catholics in the region.

Bishop Doemi called upon everyone to pray to Mary for her intercession. He insisted that “we must confront the threat that is before us; otherwise, the Church’s future looks bleak. Due to the fact that so many of the believers are leaving the area or are dying, some of the regions have become completely devoid of its Christian population.”