Everything You’ve Been Told About “Plan B” Is Wrong 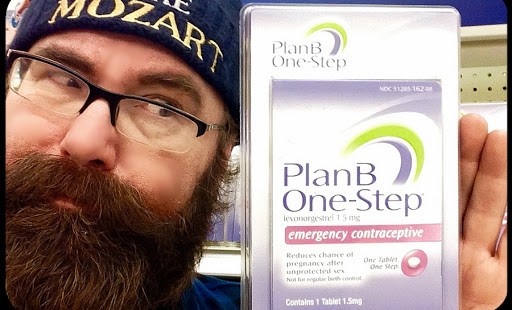 Chris Kahlenborn, MD is the lead author of an article published this month in "Linacre Quarterly" — the journal of the Catholic Medical Association — on how the emergency "contraceptive" Plan B actually works. His findings will shock the many people who’ve been misled by advertising and other efforts to conceal the truth: When the risk of conception is greatest, Plan B (when taken before ovulation) is highly likely to cause an early abortion. But if taken on the day of ovulation or later, it not only fails to prevent clinical pregnancy, it may even increase the risk of pregnancy. Dr. Kahlenborn has prepared this helpful Q&A to explain how Plan B really works. Readers with additional questions are invited to contact him at drchrisk@polycarp.org.

Does Plan B ever function as a contraceptive, i.e., by preventing sperm from fertilizing an egg?

Plan B should be called an emergency abortion/contraceptive instead of an emergency contraceptive, because it has a high potential to work as an abortifacient when given prior to ovulation. We noted in our recent paper (“Linacre Quarterly,” February 2015) that when given before ovulation, Plan B frequently allows ovulation to occur and it has no significant impact on sperm flow or quality. One would therefore expect an overall conception/pregnancy rate of 21 percent from unprotected intercourse during the fertile phase (the day of ovulation and the five preceding days). But if, following administration of Plan B prior to ovulation, one sees no evidence of clinical pregnancies, meaning that none of the newly-conceived embryos survived and successfully implanted, then an early abortion is the most likely mechanism of action. In a minority of cases — when there is a low risk of pregnancy from intercourse early in the fertile period and Plan B is taken promptly — it may actually stop ovulation and, therefore, work as a contraceptive.

Plan B is supposed to "work" if taken within 72 hours of unprotected sex. But your paper says if Plan B is taken on the day of ovulation or later, it appears to have NO impact on pregnancy. So, would you say that Plan B is useless in preventing pregnancy if taken during or after ovulation?

Yes, it appears to be useless and may actually increase a woman’s risk of becoming pregnant when taken on or after the day of ovulation, according to the data presented by Gabriela Noé et al. in their 2010 and 2011 studies (“Contraception”). Other leading researchers — including those who support the use of Plan B, such as James Trussell and Frank Davidoff — have also raised this very real possibility:

“it even raises the counter-intuitive but undocumented possibility that Plan B used after ovulation might actually prevent the loss of at least some of the 40% of fertilized ova that ordinarily fail spontaneously to implant or to survive after implantation” (“JAMA,” October, 2006).

In practical terms this means that while Plan B likely often causes an early abortion when given prior to ovulation, when it is given on the day of ovulation or later, it is ineffective in preventing a clinical pregnancy and instead could actually enhance the likelihood of clinical pregnancy.

Is it accurate to say that Plan B also appears to be useless in preventing clinical pregnancy among women whose body mass index (BMI) is over 30, i.e., moderately obese (for example a 5’4” tall woman who weighs 172 lbs.)?

It’s almost useless: Dr. Anna Glasier noted in 2011 (“Contraception”) that women with a BMI over 30 who take Plan B have a 400% higher failure rate than women of normal weight.

Are you saying the efficacy of Plan B is inflated, that the efficacy rate of 85 percent — claimed by the American Congress of Obstetricians and Gynecologists (ACOG) — is unsupported? and the Noé study estimate of 68 percent may also be too high?