Rubio: “Same-Sex Marriage is Not a Constitutional Right” 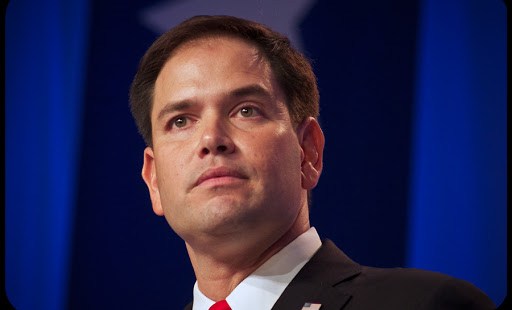 Republican presidential candidate Marco Rubio said Sunday that the Supreme Court should not interfere in states’ power to regulate marriage. In a broadcast interview, the Florida Republican staked out a federalist position on the divisive political issue and a moderate to liberal position on the origins of homosexuality. According to the British newspaper The Guardian,

Marco Rubio, the Florida senator who this week declared his candidacy for the Republican presidential nomination in 2016, on Sunday said he did not “believe same-sex marriage is a constitutional right."

Rubio said instead that the issue should be decided at the state level, although he did concede that “sexual preference is something that people are born with."

Same-sex marriage is now legal in 37 US states – including Florida – and the District of Columbia, a situation reached after the supreme court struck down the Defense of Marriage Act (Doma) in 2013. The issue remains contentious in many southern states, but a final supreme court decision on its constitutionality is expected this month.

“It’s not that I’m against gay marriage,” Rubio said in a CBS interview taped in New Hampshire, the early voting state to which Republican candidates flocked this weekend. “I believe the definition of the institution of marriage should be between one man and one woman.

“States have always regulated marriage. And if a state wants to have a different definition, you should petition the state legislature and have a political debate. I don’t think courts should be making that decision.”

Rubio’s words represent a center-right position in the GOP’s presidential field. On one hand, Rubio affirmed social conservative’s positions that the Supreme Court should not strike down all state laws banning gay marriage and state legislatures should decide the issue. On the other hand, Rubio affirmed public opinion that homosexuality is an inborn trait rather than a choice.

Rubio has spoken out for traditional-marriage defenders before. Last July, he appeared at Catholic University in Washington, D.C. to criticize gay-marriage supporters for punishing those who disagree with them.

“There is a growing intolerance on this issue, intolerance of those who continue to support traditional marriage,” the Florida Republican senator and potential 2016 presidential contender told a standing-room only crowd. “Even before this speech is over, I’ll be attacked as a hater or bigot. Or someone who’s anti-gay. This intolerance in the name of tolerance is hypocrisy. Supporting the definition of marriage as one man and one woman, is not anti-gay. It is pro-traditional marriage.”

The nine-member Supreme Court will hear arguments in Obergefell v. Hodges on April 29.