Why Catholics Live Life to the Full! 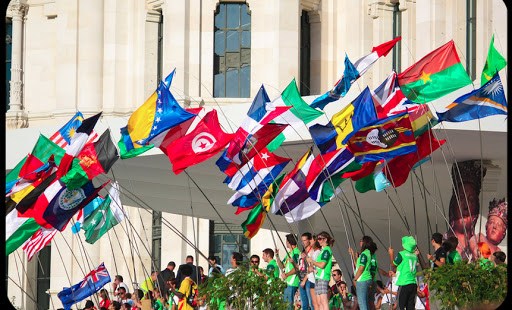 A few years ago Michael Novak spoke to the Thomas More Society of my diocese about his 2008 book, No One Sees God: The Dark Night of Atheists and Believers. I was there as chaplain to those Catholic attorneys. A few atheists were there as well, assuming a role different than mine. They gave Novak a rather hard time; he handled them well.

I could not help noticing the difference between the athiests and the lawyers. The atheists were odd ducks. the attorneys were quite the opposite: well groomed, successful, joyful, sociable, deeply connected to faith, family, and community, generous with their time and money. The attorneys seemed healthy and happy. I don’t think the atheists noticed the contrast, since no evidence could convince them that they were not already the smartest people in the room.

Reading Bill Donohue’s The Catholic Advantage: Why Health, Happiness, and Heaven Await the Faithful, I ended up thinking again of the Catholic lawyers and the contrast I perceived between them and the avowed atheists in the room. The difference to me was palatable. Donohue explains those differences.

The argument of Donohue’s book is simple and familiar: Christian faith and practice correlate positively with human happiness. The outline is similarly straightforward. The book is divided into three main parts: health, happiness, and heaven—the core positive outcomes of being Catholic. Committed believers are much more apt to flourish, and the hope of heaven broadens the human prospect to infinity.

President of the Catholic League for Religious and Civil Rights, Donohue is well known for his assertive—some might say pugnacious—defense of the Catholic faith and of the Church. He does what he does because he is a committed and believing Catholic, and in his book he presses the case for faith.

A sociologist, Donohue’s training drives his argument. It relies heavily on data from many sources. The evidence will not be new to those of us who pay attention to the role of religion in society, but the book assembles a great deal of useful information. It’s an apologetic goldmine.

Donohue knows that the data will not bring about conversion, but it is encouraging and enormously helpful for those of us called to preach and teach, to say nothing of ordinary Christians who want insight into the life-giving nature of our faith. We need information to buttress and defend the truth, and Donohue provides it. He makes particularly good use of studies revealing the superlative happiness of priests and nuns in their vocations.

He is also theologically and spiritually sophisticated. While there is a lot of useful data, Jesus is not lost in the insights and the numbers. This is a book of faith, not just a book about faith.

But what accounts for the rage of the secularists? As Donohue documents, they are imprisoned by their own culture, custom, and ideology. But why are institutions which would seem to offer the best cure enduring hostility and shrinkage?
We need to look at another facet of our culture. People who are deprived of belief, boundaries, and bonds will be angry at the happiness of others—and uncomprehending. If faith is struggling in contemporary American culture, part of the reason is almost surely that the culture is collapsing on so many fronts.