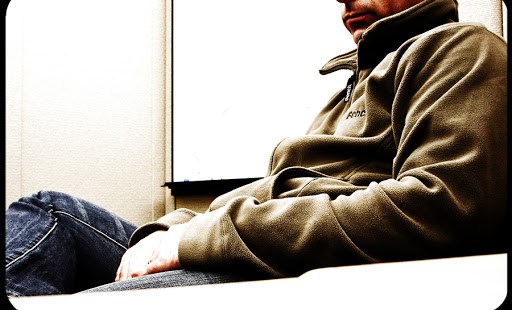 Psychiatrists and Catholic teaching agree: avoiding what makes you feel bad only leads to misery

Our culture is obsessed with happiness.
From a purely individual perspective, happiness seems to be the obvious and ultimate goal.
Quite often, the second highest goal is avoiding pain or sadness.
Pursue happiness, avoid pain: seems like common sense, right? Too bad it’s a really poor prescription for actual living.


In fact, if you asked me to describe the shortest path to a truly unhappy life, I would tell you simply to avoid pain or discomfort at all costs.
That’s it. That’s your one-step, one sentence plan for the unhappy life.


There is a psychological term for this one step plan – experiential avoidance.
This refers to any attempts to avoid aspects of our thoughts, sensations, emotions, or experiences that are unpleasant or painful.
This isn’t uncommon.
In fact I would be surprised to meet anyone who has not avoided uncomfortable parts of their experience.
Yet the more avoidance we choose, the worse off we typically are.


By way of illustration, here are some examples from my own life.
The realities of graduate school sometimes leave me feeling exhausted, frustrated and overwhelmed.
I have (frequently) been known to avoid those feelings by watching highlights on ESPN.
Highlights are enjoyable, but once I stop the situation is no better and I add guilt to my list of negative feelings.

Sometimes parenting my children leaves me sad or disappointed when it means I cannot pursue activities I prefer for myself.
Rather than be honest about those feelings, I have a tendency to take out my phone and start checking messages, Facebook, or the latest statistics on gas prices in Idaho.
Not only am I not doing what I want, but I am also not present to my kids.
Usually this results in more conflict between them, less following of my directions, and higher frustration all around.
We all lose out.

Take this kind of avoidance a bit farther, make it an inflexible habit, and you have a common component of many mental illnesses, particularly anxiety disorders.
Someone with a social phobia may find the uncertainty and risk of meeting new people to be quite uncomfortable.
However, the more that they avoid social interaction, the more feared it becomes.
As life is contorted to avoid feared interactions, more and more experiences become associated with fear and pain, then life must be further shrunk to avoid those feelings.


Similarly, avoidance plays a large role in individuals with Post-Traumatic Stress Disorder (PTSD). Most people encounter a traumatic stressor at some point in life, but not all of those are diagnosed with PTSD.
For some people, they get stuck when they continuously try to avoid things they associate with their traumatic stressor.
This might mean controlling painful thoughts, avoiding certain places or people, finding ways of suppressing particular emotions.
It can also look like trying to control life in order to avoid the feeling of being out of control that they had during the trauma.
The problem is that as long as the feared thoughts, situations, and feelings are avoided, one cannot learn that there is nothing to fear in them.
The research on this is plentiful, so here is an example study for you, from
Chad Shenk at Penn State:

“Shenk and his research team found that adolescent girls who experienced maltreatment in the past year and were willing to talk about their painful experiences and their thoughts and emotions, were less likely to have PTSD symptoms one year later.
Those who tried to avoid painful thoughts and emotions were significantly more likely to exhibit PTSD symptoms down the road.”