What the 2016 U.S. Presidential Contenders Had to Say About the Supreme Court’s Redefinition of Marriage 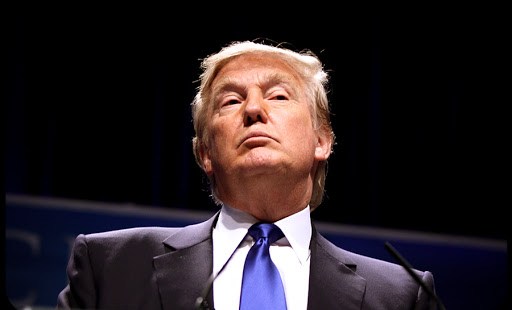 Reactions reveal a field as ideologically diverse as it is crowded

Friday’s U.S. Supreme Court decision ordering all 50 states to recognize gay marriage has drawn comment from all quarters, including the White House, where President Barack Obama called the ruling “justice that arrives like a thunderbolt” and ordered the building illuminated with rainbow lights in celebration.

But what will our next president think about America’s new definition of legal marriage?  Candidates from both major parties spoke out in the aftermath of Friday’s announcement, revealing a field as ideologically diverse as it is crowded.

Speaking in support of the ruling were …

Hillary Clinton (D-NY), former Secretary of State: Clinton’s first statement was on social media, where she tweeted immediately after the ruling:

Proud to celebrate a historic victory for marriage equality—& the courage & determination of LGBT Americans who made it possible. -H


Later that evening, she made a public address. “This morning, love triumphed in the highest court in our land,” she said. “Equality triumphed, and America triumphed,” Clinton also took the opportunity to slam her more conservative opponents, saying that “Instead of trying to turn back the clock, [they] should be joining us in saying no to discrimination once and for all.”

Sen. Bernie Sanders (I-VT):  The self-described “democratic socialist” and Clinton’s closest challenger on the left credited “changed consciousness” for the ruling and noted that he supported gay marriage long before Mrs. Clinton, who opposed it until recently.

“Because of the decency of the American people, because of the strength of the gay rights movement, we have changed consciousness in this country,” Sanders said. Sanders also slammed the conservative opposition, saying, “We disagree with right-wing Republicans’ definition of family values.  They think that family values are opposition to gay marriage and gay rights.”

Gov. Martin O’Malley (D-MD): O’Malley, a long shot contender for the Democratic nomination, also praised the ruling while criticizing social conservatives.  “Who would have thought in just one week the Supreme Court of the United States became more progressive than every single candidate running for the Republican nomination for president?” O’Malley said to an audience in Iowa.  “There’s hope for our country.”

Lincoln Chafee (D-RI), former senator: Chafee, a former Republican, took to social media to “congratulate” the court on its decision:


Some on the right tried to appeal to both sides …

Gov. Jeb Bush (R-FL): The son and brother of two past presidents criticized the ruling, but tried to strike a centrist, conciliatory tone, calling for respect and kindness from all sides.  “Guided by my faith, I believe in traditional marriage," Bush said. "I believe the Supreme Court should have allowed the states to make this decision. I also believe that we should love our neighbor and respect others, including those making lifetime commitments. In a country as diverse as ours, good people who have opposing views should be able to live side by side. It is now crucial that as a country we protect religious freedom and the right of conscience and also not discriminate.”

Sen. Rand Paul (R-KY): The unofficial head of the GOP’s libertarian wing said that while he personally believes in traditional marriage, he’d like to see the government stay out of it altogether.  “The government should not prevent people from making contracts but that does not mean that the government must confer a special imprimatur upon a new definition of marriage,” Paul wrote in an essay for Time magazine.  “Perhaps the time has come to examine whether or not governmental recognition of marriage is a good idea, for either party.”

“Since government has been involved in marriage, they have done what they always do — taxed it, regulated it, and now redefined it,” added Paul.  “It is hard to argue that government’s involvement in marriage has made it better, a fact also not surprising to those who believe government does little right.”

Carly Fiorina (R-CA): The former Hewlett-Packard CEO told an audience at the Western Conservative Summit that she supports civil unions, but not a redefinition of marriage.  “Principles are most important when they are most difficult to uphold,” she said. “I have been an advocate of civil unions because of benefits. That is very different than the Supreme Court telling us what marriage is. Marriage is an institution grounded in spirituality between a man and woman that can bring forth life.”

Sen. Marco Rubio (R-FL): Rubio, a rising star in the GOP thanks in part to his demographic appeal to both young people and immigrants, said he thought the court had overstepped its bounds, but also called for civility.  “I believe that marriage, as the key to strong family life, is the most important institution in our society and should be between one man and one woman. People who disagree with the traditional definition of marriage have the right to change their state laws. That is the right of our people, not the right of the unelected judges or justices of the Supreme Court,” Rubio said.

“While I disagree with this decision, we live in a republic and must abide by the law,” Rubio added.  “Not every American has to agree on every issue, but all of us do have to share our country. A large number of Americans will continue to believe in traditional marriage, and a large number of Americans will be pleased with the Court’s decision today. In the years ahead, it is my hope that each side will respect the dignity of the other.”

Others were more fierce in their criticism:

Gov. Bobby Jindal (R-LA): Jindal, another young up-and-comer in the Republican party, harshly condemned the ruling, saying it “tramples on states’ rights” and will likely lead to persecution of Christians.