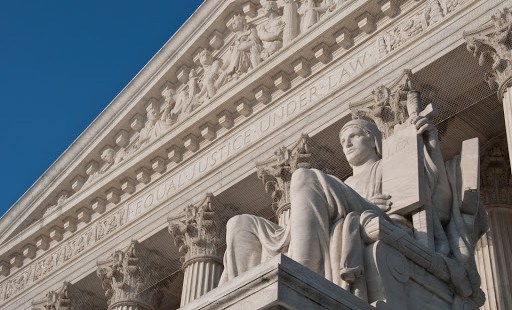 Kim Davis asked high court for “asylum for her conscience”

The Supreme Court on Monday declined to review a case where a Kentucky county official is being asked to go against her deeply held beliefs in order to do her job.

The court’s decision, made without comment or any apparent dissents, doesn’t end Rowan County Clerk Kim Davis’ challenge, which is still pending at the U.S. Court of Appeals for the 6th Circuit, USA Today said.

Davis, who is fighting on First Amendment grounds, stopped issuing all marriage licenses in the days after the Supreme Court ruled in June that all states must allow members of the same sex to marry. The Associated Press explained that two gay couples and two straight couples sued her, arguing she must fulfill her duties as an elected official despite her personal Christian conviction. A federal judge ordered Davis to issue the licenses and an appeals court upheld that decision.

Davis’ lawyers said they filed an emergency appeal with the Supreme Court on Friday, asking that they delay the mandate to issue licenses until her appeal is finished, a process that could stretch for months.

Forcing her to abandon her Christian principles and issue licenses could never be undone, her attorney, Jonathan D. Christman, with the Christian law firm Liberty Counsel, wrote the court. He compared it to forcing a person who objects to war into the battlefield, or forcing a person who opposes capital punishment to carry out an execution.

Affixing her name to a marriage license for two men or two women would be an “act of personal validation” that would forever “echo in her conscience—and, if it happened, there is no absolution or correction that any earthly court can provide to rectify it,” Christman wrote.

“We’ve already had four federal judges speak very clearly on this particular issue, and I don’t anticipate the response from Justice [Elena] Kagan is going to be any different,” Canon told AP. “Each time we get an opinion on this case, it’s a reaffirmation of what is a core tenant of American democracy: an elected politician can’t govern an entire county according to his or her own private religious beliefs. They have to follow the law.”

Davis has said she will not resign from her $80,000-a-year job, and vowed that she will never license a same-sex marriage, AP reported.

Davis cannot be fired because she is an elected official. The Legislature could impeach her, but that is unlikely given that many state lawmakers share her beliefs. The Republican president of the state Senate spoke at a rally last week in support of Davis.

The gay couples that sued her could ask U.S. District Judge David Bunning to hold Davis in contempt. That would trigger another court hearing and would likely include testimony from Davis herself. The judge could then order hefty fines or even put her in jail until she complies with the order.

The Human Rights Campaign praised the Supreme Court’s decision not to take up the case. “Ms. Davis has the fundamental right to believe what she likes,” said JoDee Winterhof, the gay rights group’s senior vice president for policy and political affairs. “But as a public servant, she does not have the right to pick and choose which laws she will follow or which services she will provide.”