3 Who Turned Microaggressions (and Aggression!) Into Good 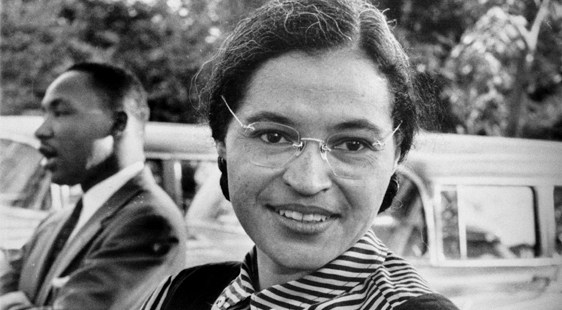 In an age where hurt feelings turn into bitterness and vengeance, we are reminded that there is another way

We live in a time of great paradox.

In Syria and Iraq, a ruthless ideological horror has crafted its expansionist state on the edifice of murder, rape and pillage. In Russia, a self-styled autocrat has revived the cult of personality and silenced dissent through brazen invasion and brutal intimidation. And in Iran, nuclear legitimacy nears its completion while government-led mobs call for annihilation of the United States and Israel.

Surely, the modern world has no shortage of aggression.

And yet while lacking a clear response to these examples of overt aggression, our country has become obsessed with how to respond to far lesser offenses dubbed “microaggressions.” Microaggressions are defined as perceived intentional or unintentional slights that are purportedly derogatory to “marginalized groups.” Trigger warnings (now commonly populating academic syllabi and other media) warn of potentially distressing material to those delicate souls who may be harmed by their mere mention. Safe zones are physical spaces (especially on college campuses) that ostensibly provide non-threatening, non-judgmental sanctuaries for communication and fellowship free of microaggressions.

Yes, welcome to the new vocabulary. But it has far-reaching ramifications. Out of this mind-set, protests and public campaigns have arisen intent on stripping Woodrow Wilson’s name from Princeton’s School of Public and International affairs to promoting gender-free pronouns by the University of Tennessee. In sum, an entire social architecture has arisen in response to individual complaints of hurt feelings. We have come to a time where subjective feelings have become synonymous with objective truth.

This is quite the paradox. In a world of expanding vicious and uncontestable aggression there has emerged a coinciding ever-growing list of hairsplitting grievances. Curiously, these latter injustices are increasingly difficult to discern beyond the fact that a person had his feelings hurt. Whatever the case, whether aggression or microaggression, the natural consequence is bitterness and vengeance. And we have seen a lot of that lately. But let me tell you of three who found another way.

In 1981, as Pope John Paul II blessed well-wishers from his open-air car in St. Peter’s Square, he was shot in the stomach, arm and hand by 23-year-old Turk, Mehmet Ali Agca. Agca, sentenced to life in prison, would be stunned two years later when the pontiff appeared in prison and requested a private meeting. Speechless, Agca would humbly receive John Paul II’s forgiveness. Asked later about the exchange, the pope declined to divulge details but simply said, “We all need to be forgiven by others, so we must all be ready to forgive. Asking and granting forgiveness is something profoundly worthy of every one of us.”

In Montgomery, Alabama, in 1955, seamstress Rosa Parks wearily sat on the bus heading home from a busy day’s work. Though sitting behind the designated seating reserved for white passengers, crowding led the bus driver to ask Rosa Parks and three other African Americans to give up their seats. Three of the four did so. Rosa did not. Her arrest subsequently sparked a widespread boycott of Montgomery buses by African Americans. When interviewed 40 years later about any anger she felt at the moment she was arrested and removed from the bus, Rosa Parks simply noted, “I don’t remember feeling that anger, but I did feel determined to take this as an opportunity to let it be known that I did not want to be treated in that manner and that people have endured it far too long.”

The story exists, perhaps apocryphal, of Mother Teresa in her later years overwhelmed in the gutters of Calcutta. She approached a local bakery on behalf of the starving child standing by her side. Indignant at this begging, the baker glared and spat fully in the small nun’s face. Taking a handkerchief from her pocket, she wiped away the spittle and simply responded, “That was for me. Perhaps now you may have some bread for the boy?”

Aggression confronted these three figures (and, one might reason, dozens of microaggressions as well), and what did they do? Did they retreat to a safe zone? Did they burn with hatred and become consumed with vengeance?

You see, that’s the thing. Surely, we must be steadfast in what we believe. Naturally, we must ardently defend against aggression that threatens existence. But maybe there is something we can learn from John Paul II, from Rosa Parks and from Mother Teresa. Maybe, just maybe, the deep, penetrating answer to many aggressions and microaggressions is more simple and beautiful than we ever imagined.

Perhaps the answer, after all, is grace.

Tod Worner is a husband, father, Catholic convert and practicing internal medicine physician. He blogs for Patheos as A Catholic Thinker.