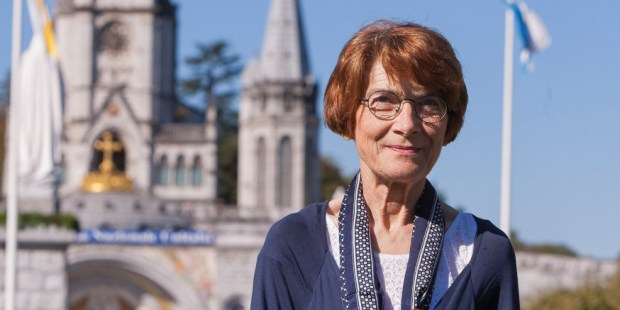 Healing, faith and forgiveness all come through blessed waters

Pope Francis has said that “prayer makes miracles,” and there really is proof.

The 69th miracle to be certified at Lourdes was recognized by the beneficiaries’ local bishop in 2013. It was a miracle that involved bodily healing but also growth in faith and forgiveness, and is thus a miracle that reminds us again of God’s readiness to pour out his mercy.

In 1980, at the age of 34, Danila Castelli began suffering from spontaneous and severe blood pressure hypertensive crisis.

The wife of an Iranian gynecologist living in Italy and the mother of four, Castelli had previously enjoyed an entirely normal life.

But by 1989, her sickness had reached a point that she felt she couldn’t stand anymore.

She’d already undergone seven years of surgeries and treatments, and there were plans to see more doctors in the United States, but then her husband decided to take her to Lourdes.

The thought crossed her mind that this could be her last trip with him; “Mom and Dad have left,” they told their children, who were unaware of their father’s plans, when they were already on the way.

From the time that she was an adolescent, Castelli had wanted to visit Lourdes. Her husband, however — despite having converted to Catholicism — thought the idea absurd. That’s why she sees his faith as a second miracle of the Lourdes waters.

“We are called to Lourdes, as Bernadette was called there,” Castelli reflects in a moving video testimony. “It seems that we come out of curiosity. But it is she (Our Lady) who calls us.”

Castelli recounted that the trip was very difficult but that on the fourth day, “I was healed.”

Her weak and deformed body felt an inexplicable relief when she came out of the baths where she had been submerged: “In the baths, I was healed,” she says.

Her husband, awaiting her outside the baths, sensed the same and assured her that everything was now behind them, and affirming her faith in God, he said, “You were right.”

After so many years of painful illness, some months later she returned to Lourdes for exams. The process of verification lasted over various decades.

The Lourdes Office of Medical Observations (Bureau des Constatations Médicales de Lourdes) certified the healing with a unanimous vote after five meetings — in 1989, 1992, 1994, 1997 and 2010.

Bishop Giovanni Giudici of Pavia, Italy, the diocese where Danila Castelli lives, declared the miraculous character of the event on June 20, 2013.

In addition to her own bodily healing, and her husband’s gift of faith, Castelli sees another miracle that came at Lourdes: the gift of forgiveness within her own family.

Now, Castelli reflects that Jesus is asking something different of her: “For 13 years I loved Jesus on the cross. Now he asks me to love him with health.”

Being the beneficiary of a miracle hasn’t taken away her humanity, her “miseries and weaknesses,” Castelli confirms. “I still commit sins. The miracle has given me normalcy. … Holiness will come at the end.”

For more information, including a video from the doctor who leads the Lourdes Office of Medical Observations, visit http://en.lourdes-france.org/deepen/cures-and-miracles/danila-castelli.