A Badass Feminist Can’t Hide the Truth About Abortion 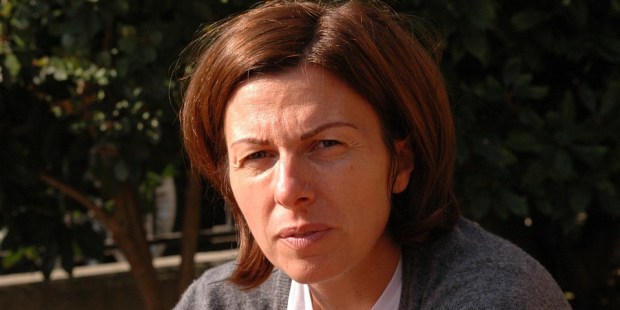 When you have your first abortion, go home and make jokes. Sit down and talk about “how you were ‘killin’ it’ today and laugh with your friends.” That’s the advice of “a waitress in Minneapolis” with the improbable name of Madeleine Roe, who offers “Twenty Tips for Your First Abortion.”

Her advice, given on the “badass feminist” site, Paper Darts, wavers between treating the abortion as “no big deal” (as she says in tip four) and instructions that indicate she knows it is a big deal, like “Drink heavily” and then, “Drink some more” (as she advises in the very next tip). She tries to write in a light and breezy style, but what she has to say undermines her way of saying it. The baby she never mentions haunts the article. He is what scholars call “the presence of an absence.”

For example, Roe writes (this is tip number four):

Make the appointment. Don’t be offended that the person on the phone doesn’t give a [rude word]. Take the nonchalance as a sign that it is no big deal. It could be a teeth cleaning. A very deep teeth cleaning.

Then she writes this (tip ten): “If you say nothing, you will see nothing during the ultrasound.” And this (tip three) on the use of Google: “Avoid all images. All of them. Even if it promises to be a cartoon drawing called ‘Olivia the Ovary.’ They will not help you, either.”

And this (tip twelve):

You know the medium-sized metal bowl you use to mix pancake batter? The bowl your parents stored Halloween candy in? That bowl will also be in the room. It is for exactly what you think it is for.

Other writers would not have been so specific, so graphic. They would not have mentioned the thing her intended reader will not want to see in the ultrasound, nor that bowl. But she did, and we should credit her for that.

Rarely do the abortionists (I mean by the word those ideologically committed to it) speak about the reality. They prefer to keep that metal bowl you use to mix pancake batter out of sight. They talk so much about “rights” and “choice” and “empowerment” to draw everyone’s attention away from the truth.

As even the bright and breezy Madeleine Roe reveals when she says “drink heavily,” they know fully well that the thing whose life they want to end is a human child.

You don’t drink heavily and then drink some more after a really deep teeth cleaning. She tries to make the child invisible, but you can see him there anyway. You know what her intended reader would see if she looked at the ultrasound.

Some people may be able to convince themselves that it’s not human, because man can so sear his conscience that he will believe anything he really wants to believe.

But the rest of us, the great majority of us, know the thing in the womb is an unborn boy or girl. Madeleine Roe knows it, though she never says it. The women to whom she’s giving advice know it, or they wouldn’t need the advice.

Madeleine Roe’s “Twenty Tips,” published on that badass feminist site, shows why the issue of abortion will remain a divisive question in our public life, even if a Democratic president packs the Supreme Court with six or seven pro-choice justices. She certainly never intended to do it, and her editors never intended to help her do it, but in so honestly telling women how to get through their first abortion, she affirmed what everyone knows: that abortion stops a beating heart.