Is This the First Electronic Dance Music Video by a Catholic Priest?

We’ve been fighting for so long. Now the victory is won.

Is This the First Electronic Dance Music Video by a Catholic Priest? It’s certainly the first we’ve heard of. Fr. Rob Galea,who is becoming something of a regular here at Cecilia, extends beyond his usual Christian rock and worship music with his latest release: “Breakthrough.”

The lyrics speak of perseverance in prayer: “We’ve been fighting for so long, now the victory is won. Not gonna let it go. We will stand upon the rock and there’s nothing that will stop this wave from breaking through.”

With YouTube comments like “I don’t believe, but I can’t deny that this is good music,” it would seem that “Breakthrough” was a success. What do you think, is Catholic electronic dance music a hit or miss? 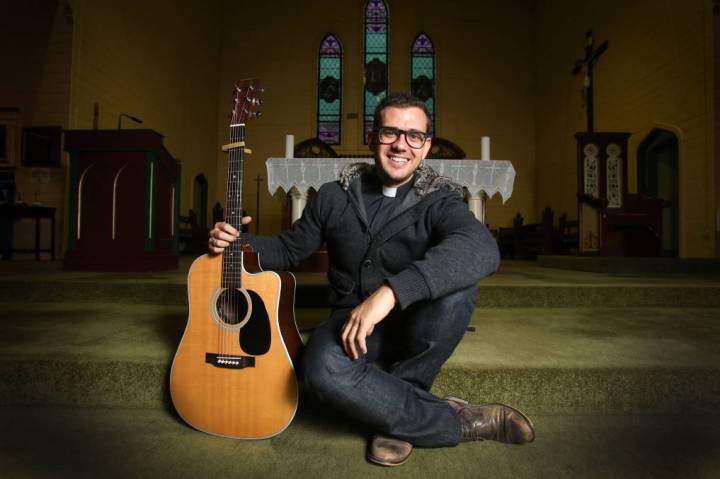 Prayer for this evening
Top 10
1
Zoe Romanowsky
20-year-old filmmaker wins award for powerful 1-minute film about...
2
Philip Kosloski
When did Christians start praying the Hail Mary?
3
Philip Kosloski
What are the corporal works of mercy?
4
Cerith Gardiner
Quarterback Philip Rivers' retirement announcement reflects his s...
5
Cerith Gardiner
Meet the dad who's teaching basic skills on YouTube for kids with...
6
Philip Kosloski
What are the spiritual works of mercy?
7
Fr. Patrick Briscoe, OP
The 4 Ways to read Scripture every Catholic should know
See More
Newsletter
Get Aleteia delivered to your inbox. Subscribe here.