When a Rising MTV Star Lost Everything

I once heard someone say, if something is being ripped out of your hands, it hurts a lot more to hold on, than to let go.

When Vince Scheuerman chose the name “Army of Me” for his band about fifteen years ago, he had no idea of the sort of self-fulfilling prophecy it would become. “I used to think of ‘Army of Me’ as ‘I can make my dreams come true if I work hard enough and I’m talented enough, and I can make it happen. I’m an army and I can do it,” said Scheuerman in an interview.

And it was working for him. After building a reputation in Washington, DC the band began touring internationally, playing alongside the likes of Dave Matthews, OAR, Switchfoot, and The Used. Their music was playing on mainstream stations across the country. A video was in rotation on MTV. They were signed to a major label.

Then, shortly before their 2007 album was set to release, the singer noticed he was having trouble with his voice. In a matter of a few short days it was gone.

Scheuerman was diagnosed with a polyp on his vocal chords and shortly thereafter suffered a vocal hemorrhage. He wasn’t allowed to speak, sing, or even whisper for over a month.

Radio interviews and TV shows were immediately cancelled. And when his voice still wasn’t coming back after surgery, those around him lost faith: band members started leaving the group and Army of Me was dropped by their record label.

It was a dark time for the singer. “Things fell apart for me and I felt lost. I didn’t forget my dreams, but I had to let go of how I thought it was supposed to look, and I had to learn some humility too.”

The song “White Flag Flies” (in the video above) from his latest album Searching for You is an image of what Scheuerman went through when it seemed that everything he had worked for was taken away from him. “The visual of a white flag invokes the idea of surrender. I once heard someone say, if something is being ripped out of your hands, it hurts a lot more to hold on, than to let go. The idea of this song is that with surrender comes peace. The war stops.”

“When you’re at the bottom, you realize that you’re not in control. But in the silence, when you place your trust in Someone who can help you, peace sets in. That’s a lot of what the album ‘Searching For You’ is about.”

With the support of a few good friends, Scheuerman kept making music and strengthening his voice. After a short stint with another group, the singer decided to go solo. The name he chose? He came back to Army of Me. “It became clear that Army of Me was my story. I’ve been through the war, and I’m still marching. But I’m not alone in this journey as these friends, supporters, anyone reading this right now, are a part of my Army, and I’m a part of theirs.”

Keep up with Army of Me by connecting on Facebook. And to purchase Searching for You, head over to iTunes. 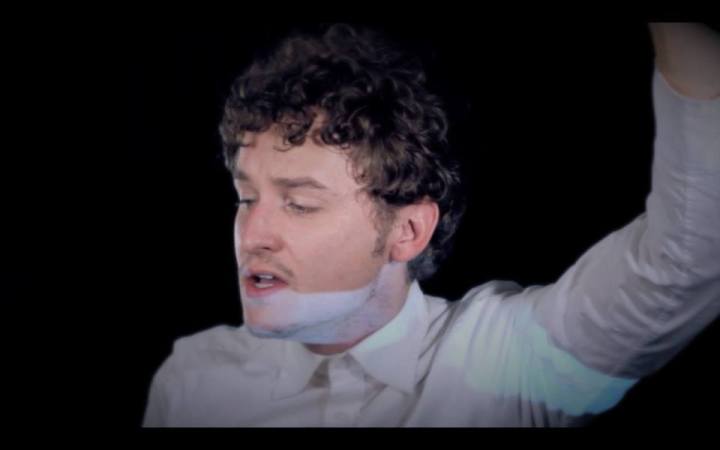