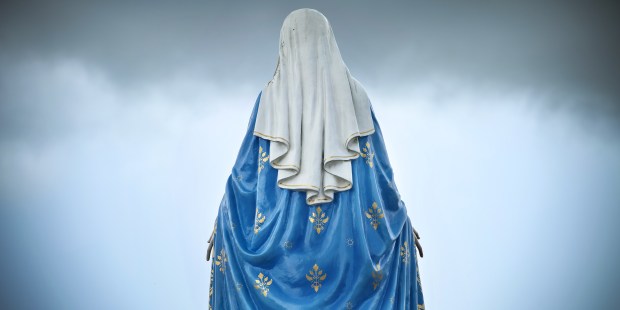 Last month on May 22 Bishop Hector Cardelli of San Nicolás de los Arroyos in Argentina declared the Marian apparitions received by Gladys Quiroga de Motta to be of “supernatural origin” and “worthy of belief.”

Bishop Cardelli explained his decision, saying, “(I)n my twelfth year of pastoring San Nicolas and, having followed with faith and responsibility the Marian events that I have known about since the very beginning, I have reached the decision to recognize them for my diocese… I recognize the supernatural nature of the happy events with which God through his beloved daughter, Jesus through his Most Holy Mother, the Holy Spirit through his beloved spouse, has desired to lovingly manifest himself in our diocese.”

His public proclamation comes after a thorough investigation into the visions of Our Lady that occurred during the 1980s. The uneducated mother reportedly received 1,800 messages from Our Lady, including 68 from Jesus Himself. Past bishops have been favorable towards the visions, including Bishop Castagna who granted an “Imprimatur” or approval of the publication of her messages.

Approval of these apparitions by a local bishop is the correct procedure for local apparitions. A Vatican document that was drafted in 1978 states the steps needed to confirm a private revelation.

“When Ecclesiastical Authority is informed of a presumed apparition or revelation, it will be its responsibility:

a) first, to judge the fact according to positive and negative criteria (cf. infra, no. I);

b) then, if this examination results in a favorable conclusion, to permit some public manifestation of cult or of devotion, overseeing this with great prudence (equivalent to the formula, “for now, nothing stands in the way”) (pro nunc nihil obstare).

c) finally, in light of time passed and of experience, with special regard to the fecundity of spiritual fruit generated from this new devotion, to express a judgment regarding the authenticity and supernatural character if the case so merits.”

Only the Apostolic See can override a local Ordinary’s decision. It would take something grave and not “motivated by suspect reasons” to reverse a decision. At this point it does not look like Bishop Cardelli’s statement will be challenged, as the messages are in conformity with Catholic doctrine and there are no worries about the mental state of the visionary.

Numerous miracles have been attributed to Our Lady in connection to these apparitions, including glowing rosaries and permanent healings. One miraculous story relates how Our Lady asked Gladys to find a statue that was blessed by the pope in the local cathedral. It was found in the bell tower and the statue closely resembled the Lady who appeared to Gladys. According to protocol, each miracle was reviewed to ensure that it was authentic.

Additionally, a shrine was built in response to the visions and was consecrated by the local bishop in 1990. Pilgrims have been flocking there ever since and the sanctuary dedicated to the Blessed Mother has strengthened the faith of many.

What is unique about the approval is that the visionary, Gladys, is still living. She keeps to herself and “reportedly received the stigmata on her wrists, feet, side and shoulder.”

In general the messages echo the words of previous Marian apparitions, calling all people to repentance. However, both Our Lady and Jesus gave words of warning. For example, Jesus said, “If this generation will not listen to my mother, it will perish. I ask everyone to listen to her. Man’s conversion is necessary… Today I warn the world, for the world is not aware: souls are in danger. Many are lost, few will find salvation unless they accept me as their Savior. My mother must be accepted. My mother must be heard in the totality of her messages. The world must discover the richness she brings to Christians.”

Our Lady’s message in these new apparitions is not much different than what she said at the Wedding Feast at Cana, “Do whatever He tells you” (John 2:5). As always, Mary points to Jesus and asks the world to repent and believe in the Gospel.