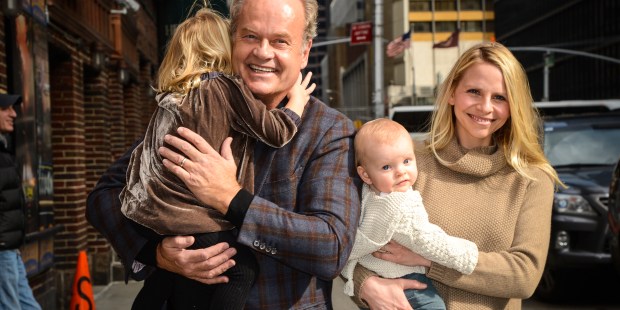 Kelsey Grammar hasn’t shied away from controversy before, and his latest statements regarding abortion are riling pro-abortion advocates.

The Emmy-winning actor, known for his roles in Frasier and Cheers, told The Times of the UK that he is unapologetically pro-life, LiveAction News and other media reported.

“Little makes me angry, but injustice does,” Grammer said in the July 1 interview. “It gets a bit dishonest to call something reproductive rights when you clearly have a choice well before a baby is conceived.”

Anticipating the objection that rape, at least, is a justification for abortion, he commented, “If someone has to die as a result of rape, then we should kill the rapist — not the unborn child.“

Grammar, who attended the 2016 March for Life and the 2015 National Right to Life Convention, last fall was seen wearing a pro-life T-shirt showing the image of a pistol and the words “Would it bother us more if they used guns? Abort73.”

In previous years, Grammer identified himself as pro-choice, but he converted to the pro-life cause roughly six years ago, according to reports.