Sister Cristina, “the Nun from The Voice,” Stole the Show in Krakow

The Italian sister closes out the Halleluya Festival

The third and final day of the Halleluya Festival. Called “the party that never ends” because its counterpart in Brazil runs 24 hours a day, its tagline is equally as fitting for the Halleluya Festival Krakow: neither rain nor wind nor gloom of night stays these pilgrims from the party. This is the spirit of World Youth Day.

The band P.U.S.H., whose name means “Pray Until Something Happens” kicked things off for the day. They were followed by American PJ Anderson whose set occurred in the midst of the most torrential downpour seen at WYD 2016. “The Halleluya Festival has been awesome. It was really special to play here in this square with hundreds of people,” said PJ. “I got here and did the soundcheck and it’s beautiful out, and then I come to play and it’s raining…It’s a good reminder that we’re not in charge, and that God is.” The rain, though, didn’t hold back the pilgrims, especially a couple American groups who were set on seeing PJ’s set.

After a pause for the Way of the Cross with Pope Francis, the square was quickly filled with Italian green, red, and white flags waving high for their compatriots The Sun. The energy was palpable as the crowd nearly drowned out the band singing along with every song.

The night ended with the much anticipated appearance of Sister Cristina, who is known around the world for winning Italy’s “The Voice” in 2014. After singing Hillsong’s “I surrender,” she was asked how she lives out God’s mercy in her vocation as a sister and a singer. Her response: “I think that mercy is love. And when one loves, he or she has a great desire to sing!” 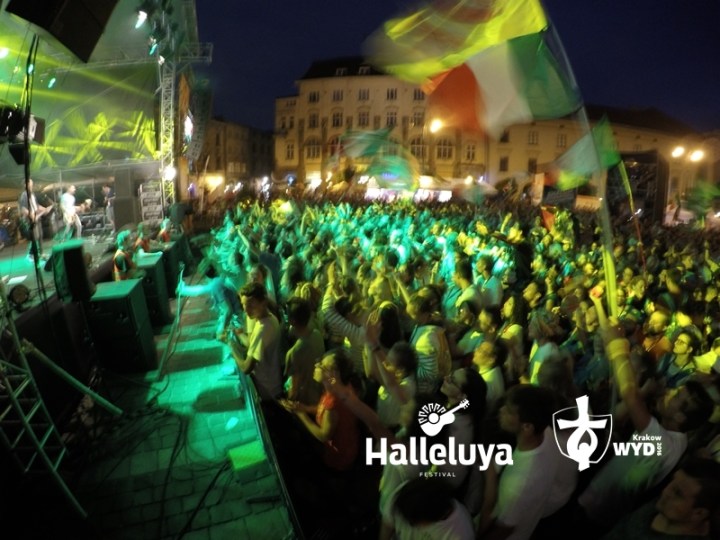