You may be suffering from acedia — and it’s deadly 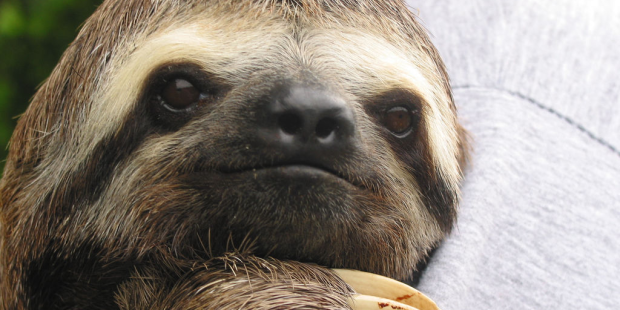 It’s been described as the sin of our day, and we need to set about rooting it out

In connection with the Memorial of Saint Bernard (August 20), First Things reposted this article about the deadly sin of acedia, which Bernard and other writers in the monastic tradition regarded as “the noonday devil” of Psalm 91, and which is described as “a lassitude and despair that overwhelms spiritual striving.”

Acedia is often described as the sin of “sloth”; but that can lead to a mistaken interpretation of it as “laziness.” It’s more akin to indifference resulting from a loss of hope. Being busy with things that distract us from joy in the Lord and in His love can be symptomatic of it, e.g., choosing to work or do another activity rather than stick to a prayer routine, or even go to Sunday Mass.

The First Things article, from 2003, describes acedia as the sin of our day, and in this, it seems all the more prophetic when we regard the state of things in 2016.

This year has been difficult in so many ways on a national and on a global scale: our nation seems beset by both natural disaster and civil unrest; in many ways, this particular election season has been one marked, not by heightened interest and engagement in political life, but rather one of cynicism and strife, even among close friends and family members; around the world we see continued and expanded wars, terrorism, and anxiety in Europe, Africa, the Middle East, and Asia.

I have written here previously about apocalyptic literary works that depict a world without faith, and how they might sustain us and encourage us to be faithful in difficult times. I also wrote about poetry and music that can lift one’s spirits, but have not yet discussed acedia, despite my strong interest in monastic subjects and my own tendency toward that particular sin.

As I was out driving, I was mindlessly listening to Britta Phillips, when I was suddenly struck by the chorus in her song “Luck or Magic,” in which she confidently sings, “I don’t want your mercy / you can’t help but hurt me / I don’t want my heart to get dirty.” I realized, though I don’t believe she intended that interpretation of the lyric, that this was a concise description of acedia.

To accept love is sometimes a difficult proposition. We often have anxieties and doubts about others’ sincerity and good will; we also sense that to accept love instills in us a duty to set aside selfish attachments or habits in order to more fully love in return.  Particularly for people who have experienced divorce, or abuse, or abandonment, or other types of wounds or broken relationships, it is difficult to trust human love, but also more difficult to accept God’s love as an unconditional gift rather than as something similar to the experiences of those broken relationships. This can lead to a mistrust or misunderstanding of confession: rather than experiencing the sacrament of reconciliation as a place to experience God’s love and forgiveness, it can seem like a place of embarrassment or anxiety or even dread.

Perhaps, then, that is why we have been given this Jubilee Year of Mercy at this time: we need always to remember that God’s love is a new and different thing, that His mercy is always there, that it is freely available and freely given, something we ought to hope for, not only for ourselves but also for all those whom we encounter. In experiencing God’s mercy, in meditating upon it, and in showing it to others, we can find ourselves refreshed and renewed in hope and in a desire to grow in holiness and joy, even in the face of all the sorrows and worries of our chaotic world.
[Update: Britta Phillips pointed out to the author that the lyric he quotes is actually, “I want my heart to get dirty” -Ed.]

Read More: St. Benedict Knew How to Beat the Blues

[Editor’s Note: Take the Poll – Are you slothful?]